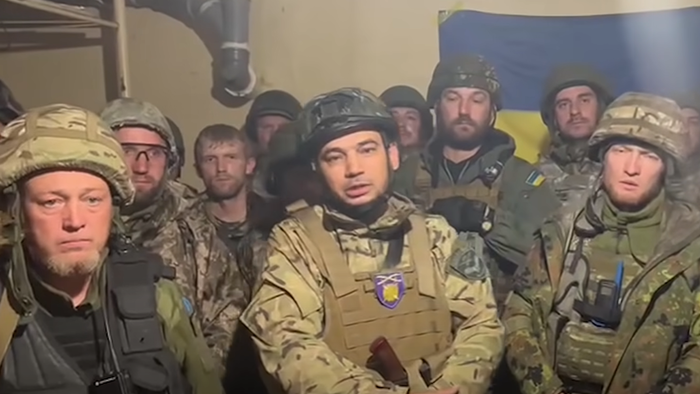 
With Russia’s war in Ukraine now in its fourth month, mainstream media consumers have been treated to seemingly endless headlines and analysis of Russia’s extensive military losses. At the same time Ukrainian forces have tended to be lionized and their battlefield prowess romanticized, with essentially zero public information so far being given which details up-to-date Ukrainian force casualties, set-backs, and equipment losses.

But for the first time The Washington Post is out with a surprisingly dire and negative assessment of how US-backed and equipped Ukrainian forces are actually fairing. Gone is the rosy idealizing lens through which each and every encounter with the Russians is typically portrayed. WaPo correspondent and author of the new report Sudarsan Raghavan underscores of the true situation that “Ukrainian leaders project an image of military invulnerability against Russia. But commanders offer a more realistic portrait of the war, where outgunned volunteers describe being abandoned by their military brass and facing certain death at the front.”

As many careful and less idealistic observers suspected the whole time, a steady stream of both wartime propaganda and one-sided social media feeds where it seems the only tanks being blown up are Russian ones has served to present a very skewed portrayal of the battlefield to the Western public. While it’s perhaps easier to get sucked into this pro-Ukraine bias based on the innumerable so-called open source intelligence self-anointed ‘experts’ on Twitter, this is less so if one wades into Telegram, where a flood of uncensored videos from both sides gives a truer picture, as the fresh report seems to also suggest.

The Washington Post report belatedly admits the avalanche of propaganda based in a pro-Kiev, pro-West narrative from the outset: “Videos of assaults on Russian tanks or positions are posted daily on social media. Artists are creating patriotic posters, billboards and T-shirts. The postal service even released stamps commemorating the sinking of a Russian warship in the Black Sea.”

The report then pivots to the reality of an undertrained, poorly commanded and equipped, rag-tag force of mostly volunteers in the East who find themselves increasingly surrounded by the numerically superior Russian military which has penetrated almost the entire Donbas region. “Ukraine, like Russia, has provided scant information about deaths, injuries or losses of military equipment. But after three months of war, this company of 120 men is down to 54 because of deaths, injuries and desertions,” the report reads as it follows one particular battalion.

The report’s sources speak out despite threat of being court-martialed amid a heavily controlled information flow:

“War breaks people down,” said Serhiy Haidai, head of the regional war administration in Luhansk province, acknowledging many volunteers were not properly trained because Ukrainian authorities did not expect Russia to invade. But he maintained that all soldiers are taken care of: “They have enough medical supplies and food. The only thing is there are people that aren’t ready to fight.”

First major US media I’ve seen to report catastrophic condition of Ukrainian forces, collapsing Ukrainian morale on the front. Seems obvious we should know the truth about a war our government is so deeply invested in.https://t.co/sYYwdm1p62

The report references a video widely circulating online this week wherein a group the size of a platoon declares they simply can’t fight for lack of weaponry, ammunition, food and proper command support:

“We are being sent to certain death,” said a volunteer, reading from a prepared script, adding that a similar video was filmed by members of the 115th Brigade 1st Battalion. “We are not alone like this, we are many.”

Ukraine’s military rebutted the volunteers’ claims in their own video posted online, saying the “deserters” had everything they needed to fight: “They thought they came for a vacation,” one service member said. “That’s why they left their positions.”

In the wake of the video, the Ukrainian troops featured are being accused of ‘desertion’:

Additional videos have surfaced that are similar: units complain even of being left to fight in already impossible conditions with WWI and WWII-era rifles, which can do little up against Russia’s far superior firepower.

The stunning WaPo report further documents volunteer groups of men who were previously oil well technicians, salesmen, or other ordinary jobs like farmers being sent to front line positions in the south and east – even though they thought they were first bound to simple security posts in much less intense environs like Lviv.

“We shot 30 bullets and then they said, ‘You can’t get more; too expensive,’” one volunteer described. And more: “When we were coming here, we were told that we were going to be in the third line on defense,” Lapko said. “Instead, we came to the zero line, the front line. We didn’t know where we were going.”

The situation has gotten more dire as even water is in short supply amid the most intense Russian push to surround Ukrainian positions in the Donbas to date:

And in recent weeks, he said, the situation has gotten much worse. When their supply chains were cut off for two days by the bombardment, the men were forced to make do with a potato a day.

They spend most days and nights in trenches dug into the forest on the edges of Toshkivka or inside the basements of abandoned houses. “They have no water, nothing there,” Lapko said. “Only water that I bring them every other day.”

The WaPo further includes the following devastating testimony and assessment:

“Many got shell shock. I don’t know how to count them,” Lapko said.

The casualties here are largely kept secret to protect morale among troops and the general public.

“On Ukrainian TV we see that there are no losses,” Lapko said. “There’s no truth.”

Many of the casualties suffered by the above referenced volunteer unit were due to lack of logistics available to transport the wounded to hospitals behind the front lines. The report emphasizes that the entirety of the catastrophic conditions of frontline forces has led to officers and enlisted increasingly refusing to follow orders from higher command.

With this fresh and unexpected Washington Post report, the mainstream seems to now belatedly be admitting what only weeks ago could get a person banned from Twitter…

“Lapko and his men have grown increasingly frustrated and disillusioned with their superiors. His request for the awards has not been approved,” the report finds. “His battalion commander demanded that he send 20 of his soldiers to another front line, which meant that he couldn’t rotate his men out from Toshkivka. He refused the order.”