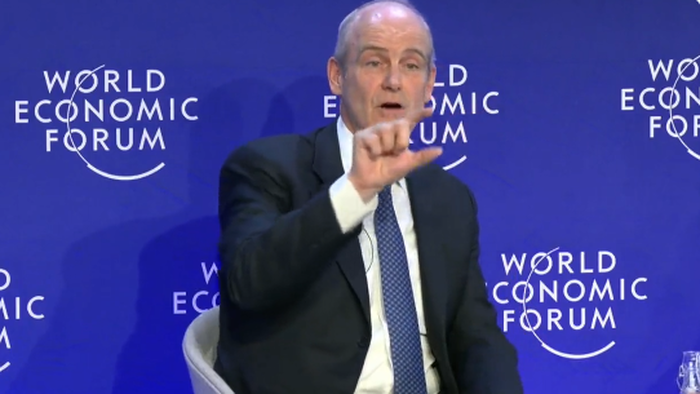 
Know what’s even more fun than eating bugs and owning nothing? Tracking your personal carbon footprint!

That’s right – according to J. Michael Evans, president of the Alibaba Group, a new social compliance platform tested in Chinese cities might be the wave of the future.

Alibaba Group president J. Michael Evans boasts at the World Economic Forum about the development of an “individual carbon footprint tracker” to monitor what you buy, what you eat, and where/how you travel. pic.twitter.com/sisSrUngDI

Want to learn more about Alibaba’s carbon tracking tech? They summarized it in a March blog post, in which it’s described as a platform to “encourage people to adopt low-carbon behaviors and be environmentally accountable.“

Expect to earn 200 carbon credits when you lick your plate clean, and 554 credits if you take the subway, according to the measurement system devised by Guangzhou-based certification body CEPREI, in partnership with Alibaba Cloud.

The trick is to develop a model that translates individual activities into carbon credits and builds up a community that promotes a low-carbon lifestyle based on the carbon credits system.

More than 1,492 companies and communities use the platform, which has helped them save roughly 394,000 tons of carbon dioxide emissions, according to Alibaba Cloud.

The system was tested out on the residents of Xinqiao Shiju, located in the southern city of Shenzhen. In a pilot program, the community’s 589 residents received a ‘personal carbon account to monitor power use and carbon emissions,’ which saved a reported 37.77 tons of carbon emissions (no calculations provided).

According to Xiao Lei from Alibaba Cloud, “We’ve been trying to combine behavioral science with technology to change people’s perceptions and make low-carbon fashionable.”

Not everyone’s a fan.

Excellent point! If China, Russia, India, and Africa are not doing the same thing as the UK and US….nothing changes…seems more like Authoritarianism control rather than actual concern for the climate.

I’m sure governments and/or unelected officials will not use this for nefarious purposes.

what is this growing obsessions’ with tracking people?

He flew thousands of miles to this event on a private jet https://t.co/OPlMUvGGlW