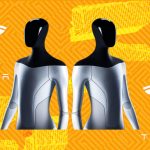 It was announced at the company’s Artificial Intelligence Day event on August 19, 2021.

It’s a slim human-like machine. The body is white with gray accents from its feet to where its collarbone would be. Then it’s all black. The bot will also have a screen where its face should be that will present information. The robot will stand 5’8” tall, weigh 125 lbs, and be able to move at a maximum speed of 5 mph (it’s not fast). The Tesla Bots will have an alleged carrying capacity of 45 lbs and a deadlift capacity of 150 lbs.

Well, what will it do?

One of the goals of this bot is to eliminate dangerous, repetitive, boring tasks.

AI is a big part of the Tesla Bot. As a part of AI, Multi-cam video neural network, neural net planning, auto-labeling, simulation and tools, Dojo training, FSD hardware, etc will be featured in the Robot.

It becomes pretty clear that Tesla Bot- Optimus will be “controlled by the same AI system Tesla is developing for the advanced driver-assistance system used in its cars.

CEO Elon Musk claimed during the event that Tesla would likely build a prototype by this year.

It will be equipped with eight cameras that will feed into the neural network that Tesla has developed for its FSD software.

An Optimus doesn’t eat or sleep and doesn’t need any extra radiation protection or any life support system.

What if all or part of the things that needed to be done by humans could be done with Optimus?

Top 10 Cryptocurrencies to Buy After Selling Your Terra Investment

Small DefenseTech Companies will Compete with Meta in the Metaverse Race

Metaverse ETFs are Losing their Place to Gaming ETFs Now

Why Cybersecurity Jobs should be More than ‘We Didn’t Get Hacked’?

Can A Bigger Version of GPT-3 or Deep Mind’s Gato Take Us to AGI?

The post Tesla Bot Optimus: Built by Humans for Humans appeared first on .