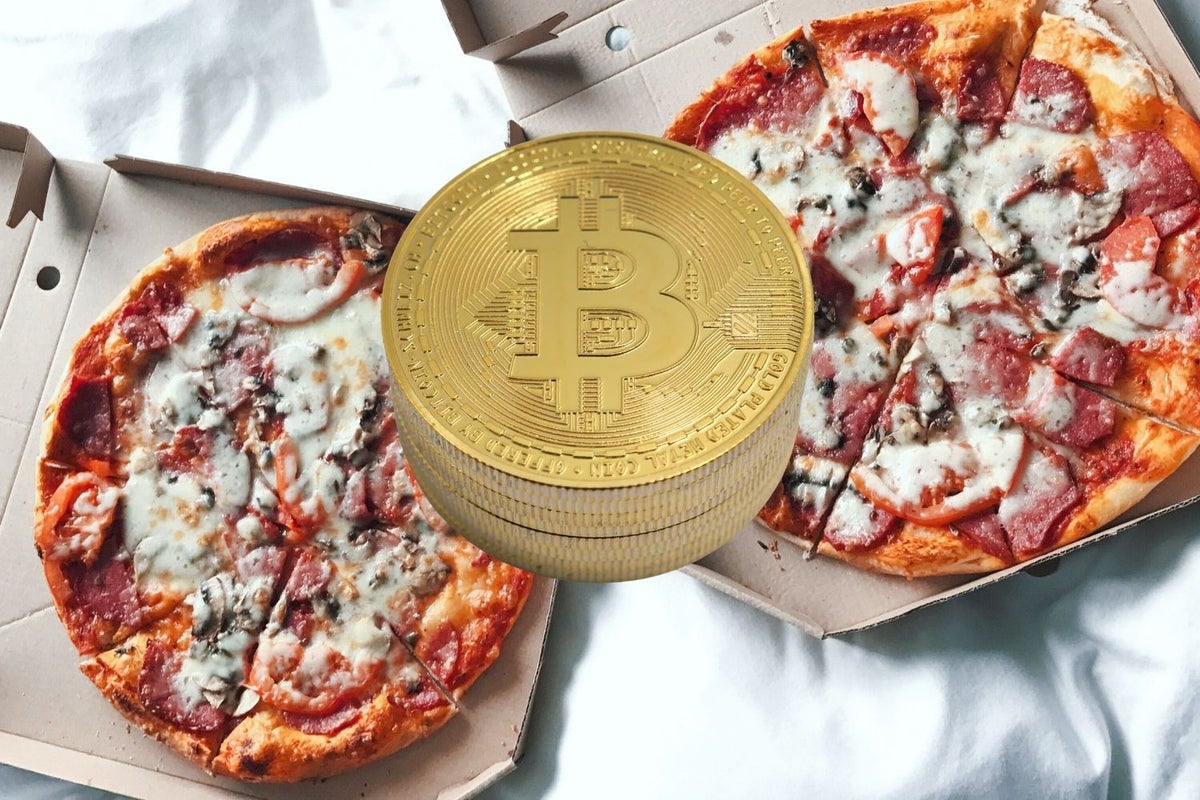 Bitcoin BTC/USD has come off significantly from its peak of $68,789.62 reached on Nov. 10, 2021, and fears of more pain continues to haunt investors. The apex currency, however, has come a long way from obscurity to becoming a credible investment option and medium of exchange.

Bitcoin Debuts As Medium Of Exchange: Back on May 18, 2010, Laszlo Hanyecz, a Florida-based programmer and bitcoin miner, posted on a Bitcoin Forum that he would pay 10,000 bitcoins for 2 large pizzas. He did not succeed in getting his order fulfilled until May 22, going by his updates to the post.

Hanyecz wrote on May 22, “I just want to report that I successfully traded 10,000 bitcoins for pizza.”

Those pizzas were from Papa John’s International, Inc. PZZA but it was supplied to Hanyecz by an intermediary, going by the username jercos.

At that time, 10,000 bitcoins traded for around $41 on some exchanges, according to a reply to his post.

How did he gain possession of so many bitcoins? Hanyecz apparently received bitcoins as reward for discovering new blocks, according to CoinDesk. Miners were paid 50 BTC for discovering a block before bitcoin’s first halving, which occurred in 2012.

Hanyecz’ BTC-Pizza transaction is the first instance of the digital currency exchanged for a physical good. Quite rightly, the community commemorates May 22 every year as “Bitcoin Pizza Day.”

Related Link: How to Buy Bitcoin

Did Hanyecz Miss A Trick: Hanyecz may have missed a fortune by his choice not to hold his bitcoin earnings. The same amount of bitcoin would have sold for roughly $690 million at its early-November all-time peak.

Even with the current sell-off, he would have pocketed a neat $300 million.