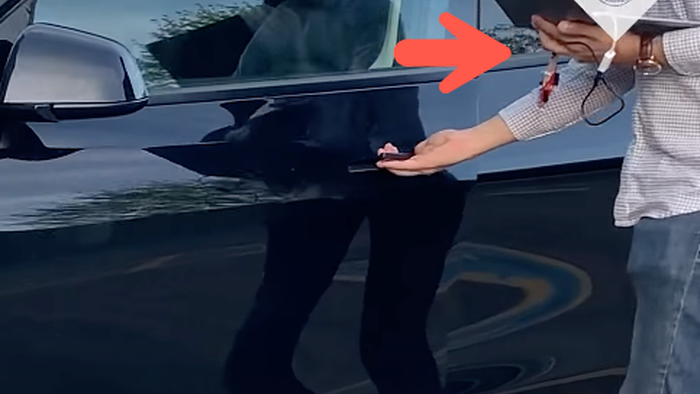 
Tesla vehicles are some of the most sophisticated driving machines in the world. Owners of the futuristic electric cars don’t use keys but rather their smartphone’s Bluetooth or a backup keycard to gain access. One cybersecurity firm found a way to exploit Tesla’s Bluetooth Low Energy (BLE) technology, in which they were able to remotely unlock the vehicle without the owner’s smartphone or keycard, according to Reuters.

UK-based NCC Group researcher Sultan Qasim Khan published a video of him standing in a parking lot next to his 2021 Tesla Model Y. He had a small relay device connected to a laptop. The device could replicate his smartphone’s Bluetooth signature that was in the range of the relay connected to the computer (but out of range of the vehicle) to unlock the car and drive off.

Khan has proved car thieves can remotely unlock and steal a Tesla by exploiting the car’s BLE connection — something that might not be easy to fix with a software patch.

“Model 3 and Model Y vehicles are at risk from a vulnerability in the technology, which is powered by Bluetooth, which allows thieves to unlock a Tesla from 25 meters away,” The Telegraph said.

NCC added: “This research illustrates the danger of using technologies for reasons other than their intended purpose, especially when security issues are involved.”

Tesla owners can prevent criminals from gaining access to their cars by possibly turning off the Bluetooth from the smartphone to the vehicle when exiting. Also, there’s another level of authentication called a PIN, in which a four-digit number must be entered into the vehicle’s main center touchscreen.

And it’s not just the most sophisticated electric cars. Newer vehicles are being outfitted with technology that car thieves have found ways to steal remotely, such as using a high-tech Game Boy. Thieves also place Apple AirTags on vehicles to track and then steal later.

As for the Tesla — each car comes with no physical keys — owners don’t have to fret over someone picking their locks but instead worry about high-tech car thieves.