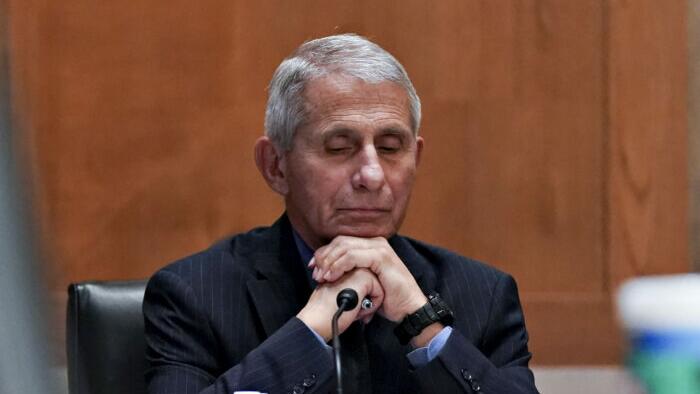 
Authored by Mark Tapscott via The Epoch Times (emphasis ours),

Two key National Institutes for Health (NIH) executives in positions of influence on decisions about who gets grants from the agency received a total of 77 previously undisclosed royalty payments from outside firms between 2010 and 2014.

Acting NIH Director Lawrence Tabak conceded during questioning last week by Rep. John Moolenaar (R-Mich.) that the undisclosed royalties have the “appearance of a conflict of interest,” but he insisted that the agency has sufficient internal safeguards to prevent such problems. Federal law and ethics regulations bar federal employees from activities that present either the appearance or an actual conflict of interest.

Dr. Michael Gottesman has been the NIH’s deputy director for intramural research (DDIR) since 1994. According to his official resume on the NIH website, Gottesman “coordinates activities and facilitates cooperation among the 24 Institute- and Center-based Scientific Directors to achieve the scientific, training, and public health missions of the NIH Intramural Research Program.

“He provides guidance for the entire intramural program and reports to [Acting NIH Director Lawrence Tabak]. He oversees and ultimately approves the hiring of all NIH principal investigators, and he is the institutional official responsible for human subjects research protections, research integrity, technology transfer, and animal care and use at the NIH.

“During his tenure as DDIR, Dr. Gottesman has created the post-baccalaureate training program, the Graduate Partnerships Program (which permits graduate students to conduct thesis research at NIH); implemented loan repayment programs; institutionalized an intramural tenure track and new career tracks for clinical investigators; created the NIH Intramural Database (providing online information about all researchers and research at NIH); and spearheaded multiple other programs in the realm of diversity, equity, research integrity, and leadership.”

Gottesman announced in July 2021 his resignation from the DDIR position, pending the selection of his successor. He plans to remain as Chief of the Laboratory of Cell Biology in the NIH’s National Cancer Institute after his DDIR successor is chosen.

Gottesman received 70 royalty payments during the five-year period from 2010 to 2014, according to documents recently obtained by the non-profit government watchdog Open the Books (OTB) as a result of a Freedom of Information Act (FOIA) request for extensive data on all payments from 2o10 to the present.

Open the Books is a Chicago-based nonprofit government watchdog that uses the federal and state freedom of information laws to obtain and then post on the internet trillions of dollars in spending at all levels of government.

The NIH initially ignored the OTB request until the non-profit filed a FOIA lawsuit in federal court. At that point, the NIH agreed to begin producing the requested documents in a series of monthly tranches.

But who paid the 70 royalties to Gottesman, the amounts of the payments, and for what purpose the payments were made cannot be known as the NIH is redacting payment amounts and the identities of the payers from the documents the agency is providing to OTB as a result of the FOIA.

The Epoch Times has requested from NIH the names of the payers of the 70 payments to Gottesman, the amounts of each payment, and the purpose for which the payment was made. No response has been received from NIH.

An additional seven royalty payments of unknown amounts and identities were made to Roger Glass, the NIH’s Associate Director for International Research. Glass was appointed to the post in 2006.

Republicans on Capitol Hill, however, ripped the payments as an obvious conflict of interest and called for full disclosure of all the facts.

“NIH receives tens of billions of taxpayer dollars and is entrusted with making unbiased scientific assessments and recommendations,” Sen. Joni Ernst (R-Iowa) told The Epoch Times. “Their top officials, like any public officials, need to be held to the highest standards of transparency and accountability to prevent conflicts of interest and ensure the American people’s health and safety remains the agency’s top priority. The NIH must be held accountable to the American people.”

Sen. Marsha Blackburn (R-Tenn.) called the NIH “a dark money pit. They covered up grants for gain-of-function research in Wuhan, so it is no surprise that they are now refusing to release critical data regarding allegations of millions in royalty fees paid to in-house scientists like Fauci. If the NIH wants to keep spending taxpayer dollars, they have a responsibility to provide transparency.”

Sen. Ted Cruz (R-Texas) said, “This report is disturbing and if it is true that some of our country’s top scientists have conflict of interest problems, the American people deserve to have all the answers.”

Rep. Greg Steube (R-Fla.) called for an investigation, noting, “Of course it’s a direct conflict of interest for scientists like Anthony Fauci to rake in $350 million in royalties from third parties who benefit from federal taxpayer-funded grants.

“Anthony Fauci is a millionaire that has gotten rich off taxpayer dollars. He is a prime example of the bloated federal bureaucracy. This royalty system should be examined to ensure it isn’t making matters worse.”