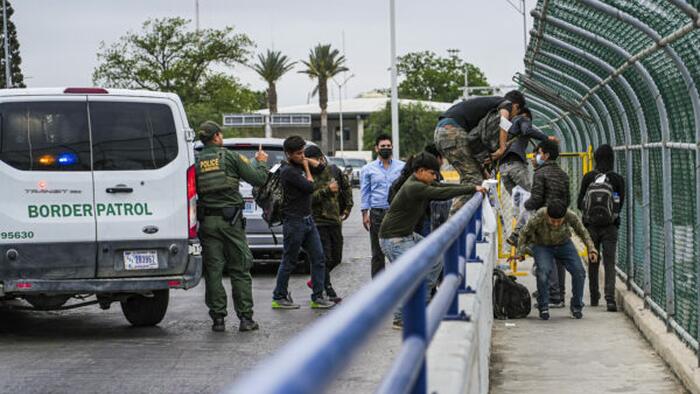 
Illegal migration into the United States hit an all-time high in April, with US Customs and Border Protection logging more than 234,000 migrant encounters, topping March’s previous high of more than 221,000 migrants, according to the Department of Homeland Security.

Imagine how many more they didn’t encounter.

One should also note that this absolute flood of migrants comes before the Biden administration drops the Trump-era pandemic measure, Title 42, which allowed for the rapid deportation of migrants to waiting camps in northern Mexico, will be lifted on May 23, when even more migrants are expected.

“While we will likely see an increase in encounters after the CDC’s Title 42 public health Order ends, I have a great degree of confidence that the dedicated men and women of CBP and our multiple agency partners will meet this challenge,” said CBP Commissioner Chris Magnus in a press release.

Judges in Louisiana and Texas may issue orders this month that would temporarily keep Title 42 in place.

Last week, a massive amount of illegal migrants were reportedly gathering at the port of entrey in Nuevo Laredo, Mexico. As of Monday, it is estimated that there are at least 5,000 people gathered there. They are expecting a greater chance of being able to get legal permission to stay and work in US territory due to the Biden administration’s policy changes if Title 42 is repealed.