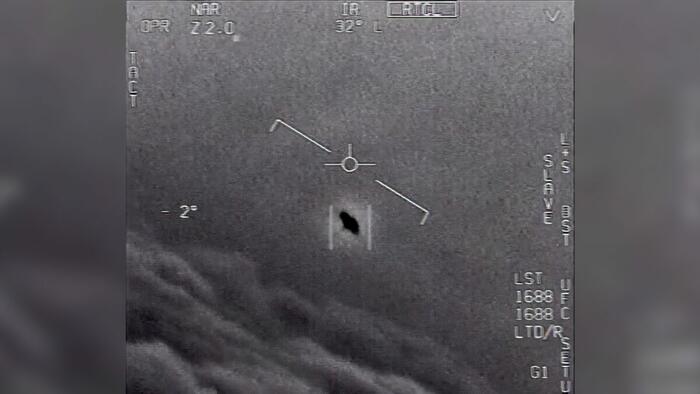 The House Intelligence Committee’s subcommittee on counterterrorism, counterintelligence, and counterproliferation is set to hold a public hearing next week on unidentified aerial phenomena (UAP), also known as UFOs, marking the first time such a hearing has taken place in over 50 years.

The hearing, which will assess what risks UFOs pose to national security, will be chaired by Rep. Andre Carson (D-Ind.).

“Congress hasn’t held a public hearing on unidentified aerial phenomena (UFOs) in over 50 years,” Carson wrote on Twitter on Tuesday alongside black and white photos of what appeared to be mysterious flying objects.

“That will change next week when I lead a hearing in House Intelligence on this topic and the national security risk it poses. Americans need to know more about these unexplained occurrences.”

The hearing will take place on May 17 at 10 a.m. ET and can be watched online.

Witnesses will include Under Secretary of Defense for Intelligence and Security Ronald S. Moultrie and Deputy Director of Naval Intelligence Scott W. Bray.

After the public hearing, a closed, classified hearing will follow that will focus on the Pentagon’s Airborne Object Identification and Management Synchronization Group, which was established in November 2021 and replaced the U.S. Navy’s Unidentified Aerial Phenomena Task Force.

That group’s role is to “detect, identify, and attribute objects of interest in Special Use Airspace and to assess and mitigate any associated threats to safety of flight and national security,” according to the Department of Defense.

In a statement, Carson said that Americans “expect and deserve their leaders in government and intelligence to seriously evaluate and respond to any potential national security risks—especially those we do not fully understand.”

He added that since joining Congress, he has been “focused on the issue of unidentified aerial phenomena as both a national security threat and an interest of great importance to the American public.”

The upcoming hearing follows a nine-page public report (pdf) issued in June 2021 by the Office of the Director of National Intelligence (DNI) in conjunction with a U.S. Navy-led UAP task force that outlined 144 reports of UAPs.

Those reports dated back to 2004 and state that 11 of the 144 observations caused “near misses” for military pilots.

The 11 “documented instances in which pilots reported near misses with a UAP” were cited as examples of current “ongoing airspace concerns.”

“UAP pose a hazard to safety of flight and could pose a broader danger if some instances represent sophisticated collection against U.S. military activities by a foreign government or demonstrate a breakthrough aerospace technology by a potential adversary,” the report reads.

However, the report notes that, with the exception of one instance where officials were able to determine that the UAP was airborne clutter—in that case, a deflating balloon—defense and intelligence analysts were unable to attribute incidents to specific explanations.

“UAP clearly pose a safety of flight issue and may pose a challenge to U.S. national security,” the report states, while noting that the phenomena “probably lack a single explanation.”

During a press briefing on Tuesday, Pentagon spokesman John Kirby said that the Defense Department is “committed to being as transparent as we can with the American people and with members of Congress about our perspectives” on UAPs and will try to “make sure we have a better process for identifying these phenomena, analyzing that information in a more proactive, coordinated way than it’s been done in the past.”

He said the Pentagon will also attempt to “mitigate any safety issues” that arise since “many of these phenomena” have been sighted in training areas and training environments.

While many will no doubt be eagerly awaiting Tuesday’s hearing, Rep. Rick Crawford (R-Ark.) questioned the move in light of current events taking place across the globe.

“With China and Russia developing hypersonic weapons and the Biden administration leaking alleged U.S. military operations in Ukraine, we have far more serious intelligence threats than flying saucers,” Crawford said, according to CNN.