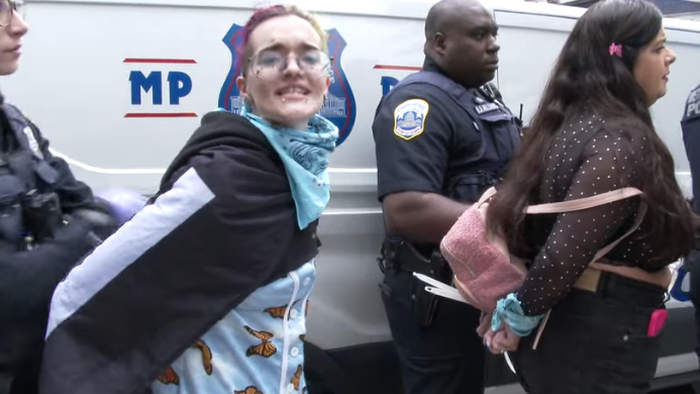 
Authored by Matt Taibbi and Ford Fischer via TK News,

Ford Fischer and his News2Share cameras were busy in the last weeks, as dueling protests between pro-choice and and pro-life activists visited the Supreme Court, the homes of several of its justices, the DC Medical Examiner’s office, and other locations.

This is a 26-minute video that shows a broad range of activist responses to the leaked news of an opinion written by Samuel Alito purporting to overturn Roe v. Wade. The motive behind the leak remains among the more compelling (and impenetrable) Washington mysteries in recent times. There are theories the draft was leaked to prevent a conservative judge from having a change of heart, and theories it was leaked by the other side to stimulate fundraising. News from this week, in which a Senate gambit to enshrine abortion rights through legislation failed, did little to elucidate the situation.

The News2Share cameras capture the astonishing variety of emotions and seemingly unthinkable new bedfellows brought about by the leak. “Existential” makes a predictable appearance, as does coat hanger imagery, but would you believe left and right activists teaming up in a nervous co-demonstration (“Trans rights begin at conception!” shouts one protester). There is violence, with a pro-lifer kicked in the hind-parts, one California demonstrator “unarrested” in the face of rising crowd upset, and other episodes. Massachusetts Senator Elizabeth Warren, who has been highly visible at pro-choice demonstrations, also makes an appearance.

More as the story develops. Thanks to Ford and the News2Share crew.