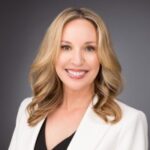 Nalley was previously at The Hartford as a senior small-commercial sales representative, Keystone said in a news release. At Keystone, she will oversee carrier growth and engagement with service divisions.

She takes over for Michele Bicknell, who was recently named Mid-South regional vice president.