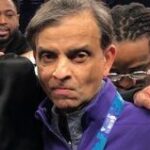 
The Alabama Department of Insurance will hold a hearing in June on VR Insurance Holdings’ proposed purchase of the National Security Group.

VR Insurance Holdings is a recently formed Delaware-based company formed by a group of investors, including Vivek Ranadive, a founder of Bow Capital Management and owner of the Sacramento Kings basketball team.

The acquisition was announced in January but VR recently filed forms with Alabama DOI that triggered the hearing, according to a news release. The hearing will be held June 14, beginning at 10 a.m., at the DOI offices in Montgomery. A video link will also be available. People wishing to participate should should email Shawn.Stewart@insurance.alabama.gov before June 12.

NSG also has scheduled a stockholder meeting for June 20 to consider approval of the acquisition, as required by Delaware law. If the merger is finalized, NSG’s Chief Financial Officer Brian McLeod will serve as chief operating officer of the insurance subsidiaries and will be VR Holdings’ chief financial officer. NSG will become a private company, backed by capital to accelerate expansion plans, the companies said.

Ranadive made his mark in the 1980s when he developed software for financial trading floors. He then spun out TibCo, a widely used software system, which sold for $4.3 billion in 2014, according to the news release.

The Post-Roe World: A Reality Check On The Implications Of The Leaked Supreme Court Opinion