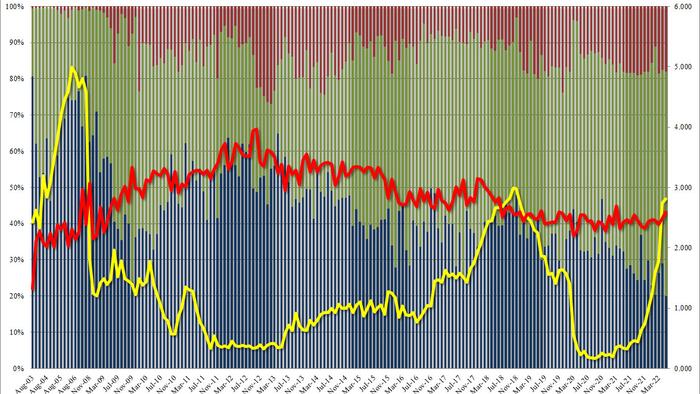 
In a day when the relentless hate for stocks finally means love for Treasuries as traders start to price in the inevitable coming recession (and stocks will too, just after tomorrow’s CPI print which will miss expectations badly), and when the 10Y yield has tumbled, moments ago the US Treasury sold $45BN in 3Y paper – the lowest amount going back to the summer of 2020 – in a solid auction.

The internals were also solid, with Indirects taking down 62.0%, the highest since February’s record 68.5% and far higher than April’s 53.4%. And with Directs awarded 18.04%, above the six-auction average, Dealers were left holding just 20% of the auction, a record low!

Bottom line a stellar, stopping-through auction, even without the help of Dealers who know they can’t flip the bonds to the Fed’s QE any more (at least until QE returns in a few months, of course).