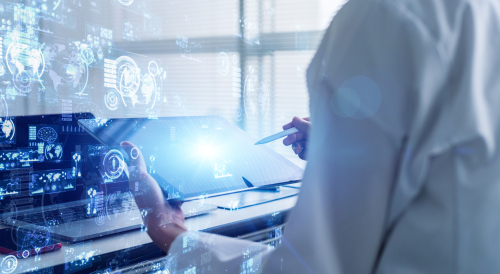 Hashstack Finance announced earlier today that the public testnet of its Open Protocol is now live.

In a press release shared with Coinjournal, the team said its Open Protocol is the first-ever DeFi lending protocol to offer non-custodial, secure under-collateralised loans.

Thanks to the launch of the Open Protocol, DeFi users experience first-hand how to get the maximum value out of their collateral when borrowing. The Hashstack team believes Open Protocol will boost the economic activity within the broader DeFi ecosystem.

The Open Protocol public testnet comes with a wide range of features and upgrades, including; an improved user interface, a hybrid access model to improve stability and the ability to switch from the centralized backend to a decentralized blockchain.

“Our public testnet has attracted over US$5 million in total value locked (TVL) immediately after going live. The public testnet release marks a significant accomplishment in Hashstack’s roadmap as we prepare to launch the Open Protocol mainnet later in the second quarter of 2022.”

Hashstack revealed that it had developed a novel mechanism that enables external scalability of storage and logic of smart contracts. This is a huge improvement over the current industry standard EIP 2535.

The team added that it will submit an Ethereum Improvement Proposal (EIP 9000) in a bid to establish secure and upgradeable smart contract development.

The proposal, if approved, will allow Hashstack to integrate as many decentralised applications with the Open Protocol as possible without the need to change the smart contract addresses. This will expand the ways Open Protocol users can leverage the amount locked within the protocol.