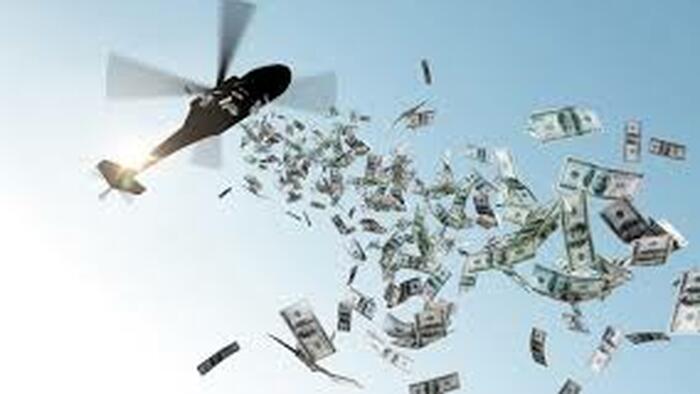 
How stupid are today’s monetary and fiscal policies (and not just the batshit insanity that is Helicopter money, a/k/a MMT?) So stupid that in Japan, the government is about to spend billions to “ease inflation pain” that is the result of… spending billions.

According to the Nikkei, Japan plans to spend 6.2 trillion yen ($48.2 billion) on – get this – gasoline subsidies, low-interest loans and cash assistance “to alleviate the pain of consumers and small businesses facing rising prices”, which were caused by, well, massive government spending.

The government frames the economic package, to be compiled as early as Tuesday, as comprehensive relief measures. But critics – at least those who refuse or fail to see the real monetary elephant in the room – see them as a short-term remedy, especially as other countries tackle more fundamental changes on energy and other key economic factors in response to Russia’s invasion of Ukraine.

To pay for the package, the government will request 2.7 trillion yen under a supplementary fiscal 2022 budget to be drafted by the end of the current parliamentary session. It will secure another 1.5 trillion yen from its reserve funds. Together with private-sector contributions, the entire package is expected to total 13.2 trillion yen.

The largest portion of the government’s spending – 1.5 trillion yen – will fund the response to surging crude oil prices. To limit the increase in gasoline prices, the government will raise its maximum subsidy to oil distributors to 35 yen per liter from 25 yen and extend the program until the end of September.

The new package includes around 2 trillion yen in measures that were already planned and budgeted for, including efforts to boost the profile of tourist destinations. According to the Nikkei, there is concern that they include ones that have little to do with inflation but apparently not enough concern that the “solution” to the inflationary problem will lead to even more inflation.