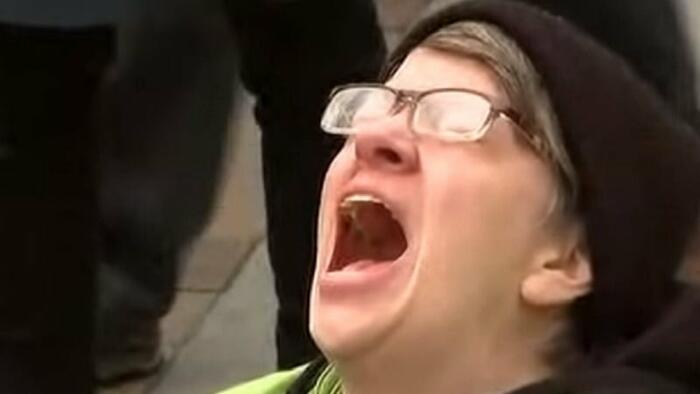 
Elon Musk’ twitter takeover, which just one week ago seemed increasingly unlikely after the company rushed to adopt a poison pill, is suddenly looks rather possible and not because the world’s richest man decided to go all scorched over Twitter’s bread and butter, namely censorship and shadowbanning…

… but because the WSJ reports that the social media company’s board is ” more receptive to a deal” and is re-examining Musk’s $43 billion takeover offer after the billionaire lined up financing for the bid.

While Twitter had been expected to rebuff the offer, which Musk made earlier this month without saying how he would pay for it, and prompting Musk to threaten to launch a tender offer. But after Musk disclosed last week that he now has $46.5 billion in financing thanks to Morgan Stanley, “Twitter is taking a fresh look at the offer and is more likely than before to seek to negotiate” although the situation is fast-moving and it is still far from guaranteed Twitter will do so.

To be sure, a deal is certainly not assured yet as Twitter is still working on an all-important estimate of its own value, which would need to come in close to Musk’s offer (of course, it will be aggressive for the twitter board to claim there is much more value in a company which has rarely traded at or above the Musk offer price since it went public), and it could also insist on sweeteners such as Musk agreeing to cover breakup protections should the deal fall apart, some of the people said.

Twitter is expected to provide its views on the bid when it reports first-quarter earnings Thursday, if not sooner. As we suggested last week, the company’ response won’t necessarily be black-and-white, and could leave the door open for inviting other bidders, i.e., a “go shop period” or negotiating with Musk on terms other than price.

Why doesn’t board just say fine, subject to lengthy “go shop” – if there is higher bidder out there, they will come out.

While Musk has reiterated to Twitter’s chairman Bret Taylor in that he won’t budge from his offer of $54.20-a-share, the deal will hardly fall apart over several dollars; as such expect a deal to happen somewhere in the high $50s, low $60s.

The two sides are meeting Sunday to discuss Musk’s proposal.

According to WSJ sources, the potential turnabout on Twitter’s part comes after Musk met privately Friday with several shareholders of the company to extol the virtues of his proposal while repeating that the board has a “yes-or-no” decision to make. He also pledged to solve the free-speech issues he sees as plaguing the platform and the country more broadly, whether his bid succeeds or not, WSJ sources said.

The Tesla Inc. chief executive made his pitch to select shareholders in a series of video calls, with a focus on actively managed funds, the people said, in hopes that they could sway the company’s decision.

Mr. Musk said he sees no way Twitter management can get the stock to his offer price on its own, given the issues in the business and a persistent inability to correct them. It couldn’t be learned if he detailed specific steps he would take, though he has tweeted about wanting to reduce the platform’s reliance on advertising, as well as to make simpler changes such as allowing longer tweets.

To the shock of woke liberals everywhere who would enter a period of mourning should Musk become the news boss, the billionaire already has some shareholders rallying behind him following the meetings. Lauri Brunner, who manages Thrivent Asset Management LLC’s large-cap growth fund, sees Musk as a skilled operator. “He has an established track record at Tesla,” she said. “He is the catalyst to deliver strong operating performance at Twitter.” Minneapolis-based Thrivent has a roughly 0.4% stake in Twitter worth $160 million and is also a Tesla shareholder.

Picking up on a point we made last week, Jeff Gramm, a portfolio manager with Bandera Partners LLC, a New York hedge fund with about $385 million under management, said that Twitter’s board should engage with Mr. Musk since its stock has “gone nowhere” since the company went public eight years ago.

Dear @Twitter board of directors, a question about your “value creation”: Do you know that on Thursday TWTR closed 18 cents higher than the closing price on Twitter’s first day as a public company, Nov 7, 2013?

The firm last bought Twitter shares in February and owns about 950,000 overall, which accounts for about 11% of its portfolio.

Gramm said Twitter’s board can’t walk away from Mr. Musk’s offer without providing an alternative that gives real value to shareholders. “I’m not sure what can be at this stage besides finding a higher bid,” he said, which of course is true, but the probability that someone will offer more than Musk is very much, to loosely paraphrase Musk, “unsecured.”