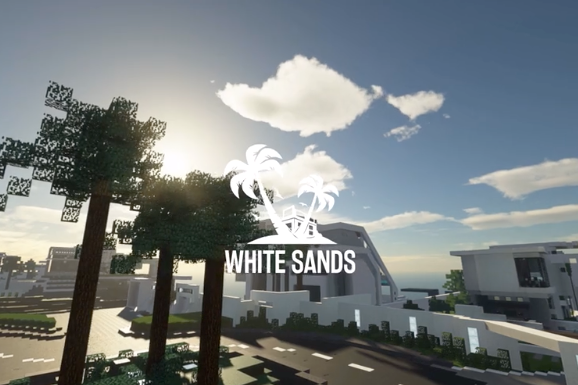 A new metaverse company has raised millions of dollars through several mints of land plots with a plan to build a luxury virtual world.

What Happened: White Sands announced a new $8 million sale of 250 villas in its virtual community. The sale follows the initial offer of land plots sold as non-fungible tokens built in the company’s virtual world.

“White Sands is a new metaverse ecosystem built on NFT World and the Ethereum blockchain as a luxury island paradise,” the company said.

Owners of property in the White Sands virtual world get access to homes that can be customized with NFTs and items such as furniture, vehicles and pets.

White Sands sold its initial land mint on March 15, selling out its collection for 1,800 Ethereum ETH/USD, or around $5.5 million. The company sold 3,000 NFTs of its Genesis Parcel Pass, which act as early access to the virtual world and include additional benefits.

White Sands anticipates a full launch in the coming weeks.

Related Link: How To Buy NFTs

Why It’s Important: Along with owning pieces of virtual land in the growing metaverse sector, White Sands allows holders the chance to earn a token that has risen in value in recent months. Holders of the virtual world property can also customize and personalize their world.

White Sands previously purchased NFT Worlds NFTs and recently announced the additional purchase of 36 NFT Worlds, which will provide “virtually unlimited capacity to build out and evolve its metaverse.”

NFT Worlds is one of the largest metaverse related companies along with Decentraland MANA/USD and The Sandbox SAND/USD. There are 10,000 NFT Worlds using development tools from Minecraft, a popular building game from Microsoft Corporation MSFT.

“NFT Worlds is built on the Minecraft engine, which is currently used by more than 140 million people every month,” White Sands co-founder Blockchain Brown said.

Owners of the Genesis Parcel Pass and White Sands Islands will be able to generate NFT Worlds WRLD/USD, the native token of NFT World.

“The goal is to ensure that if you make White Sands your metaverse home, that you’re earning $WRLD consistently to engage the experiences around you,” the company said.

White Sands will distribute WRLD to White Sands Islands and Genesis Parcel Pass holders. Plans are also in the works to offer ways for landowners and homeowners to earn additional WRLD including the potential to build out storefronts in the virtual world.