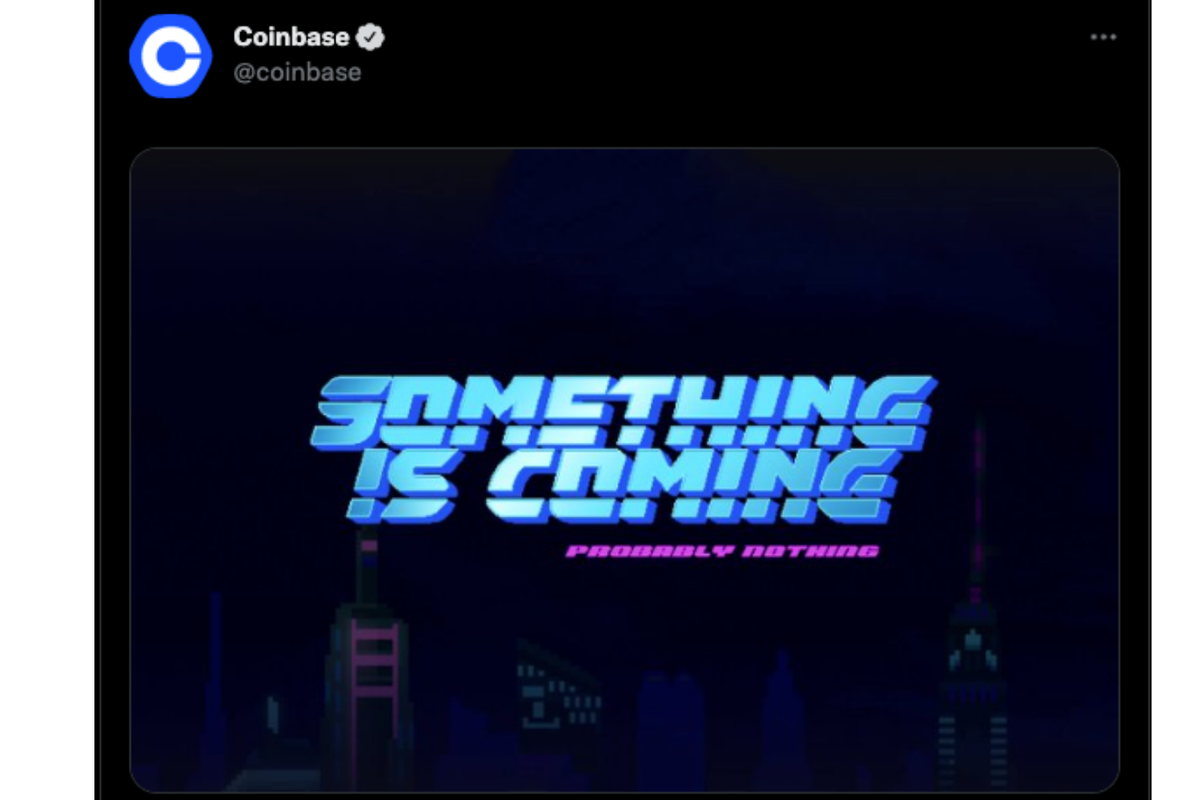 Tweets by cryptocurrency platform Coinbase had crypto and NFT fans anticipating a big announcement this morning.

What Happened: Coinbase Global Inc COIN tweeted out a picture Monday morning that said: “something is coming.”

Coinbase tagged its Wallet and NFT accounts in the tweet. Coinbase also tagged Bored Ape Yacht Club and ApeCoin APE/USD, which initially led to speculation that Coinbase could be partnering with Yuga Labs, which was confirmed by another tweet this afternoon, announcing, “We’re creating an interactive three-part film featuring the  @BoredApeYC & @apecoin communities.”

Yuga Labs shared a video on March 18 that teased Otherside, a launch from the company that could see partnerships with other NFT projects and the highly anticipated land sale. The trailer said Otherside was coming in April.

Many have speculated to whether the land sale will be purchased with Ethereum ETH/USD or ApeCoin.

ApeCoin was launched by ApeDAO on March 17 and was said by Yuga Labs to be the future currency of its ecosystem.

Coinbase was one of several cryptocurrency platforms that offered ApeCoin for trading on its first day available.

Related Link: ApeCoin Launched: Here Are The Details And How To Get It

Why It’s Important: Coinbase announced plans to launch its NFT marketplace back in October and it has been highly anticipated since then with more than three million people signed up on the company’s waitlist.

“Just as Coinbase helped millions of people access Bitcoin for the first time in an easy and trusted way – we want to do the same for NFTs,” Coinbase said at the time.

In February, Coinbase sent out emails suggesting the launch was coming soon. A tweet in March, which is the company’s pinned post on Twitter, also said Coinbase NFT was coming “soon.” The company said at the time that it had met with more than 100 creators and was working on building the product out based on community feedback.

“We appreciate your patience and can’t wait to show you what we’re cooking up,” Coinbase tweeted.

Coinbase ended the last fiscal year with 89 million verified users and 11.14 million monthly transacting users. The NFT marketplace is expected to help the company diversify away from the volatility of the cryptocurrency markets and also bring new users to the world of NFTs.

Coinbase has announced partnerships with several prominent NFT collections that will serve as launch partners.