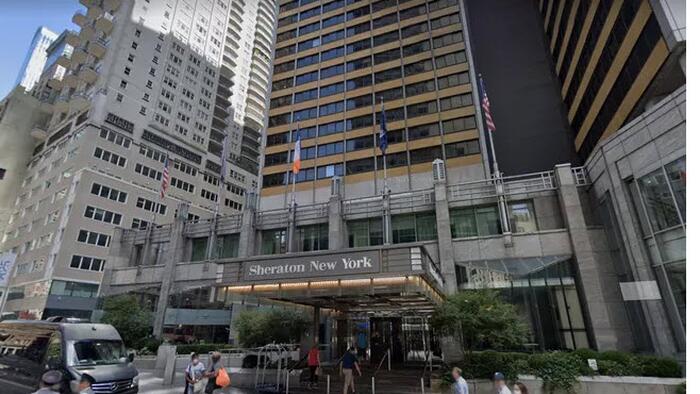 
By Ciara Long of BisNow.com,

One of the largest hotels in New York City will trade at a massive loss, an ominous sign for the owners of Manhattan’s big hospitality properties.

Host Hotels & Resorts has agreed to sell its Sheraton New York Times Square hotel for $365M, Real Estate Alert reported, less than half the $738M it paid for the 1,780-room property in 2006.

Host, the largest U.S. hotel real estate investment trust, is under contract to sell the property to MCR Hotels, one of the most active buyers of New York City hotel properties since the onset of the pandemic. The sale is the city’s largest hospitality trade in over two years. The 51-story hotel is New York City’s third-largest by room count.

Host was struggling to sell the property at the price it purchased the hotel for long before the pandemic, asking for $550M in 2018, according to REA. In 2020, Host admitted that the Times Square Sheraton’s value had sunk even lower, to $495M.

The Times Square Sheraton sale adds Host to the list of several NYC hotel owners to sell their properties at a discount. Hotels in the city have yet to return to their pre-coronavirus occupancy rates, and the omicron wave in December and January suppressed tourism’s nascent return to NYC.

The hotel’s new owner, MCR, is the fourth-largest hotel owner-operator in the U.S. and has been making aggressive purchases in major cities over the past year, including Marriott, Hilton and Hampton Inn hotel branches across the country. Several of its 2021 purchases were concentrated in Texas, where it bought 11 properties: three in Dallas, three in Houston and five in Fort Worth, according to releases from the company.

But MCR also made two notable NYC purchases in 2021, The Real Deal reports. It joined with Island Capital and Three Wall Capital to acquire the Lexington Hotel at 511 Lexington Ave. for $185M, and it bought the Royalton Hotel at 60 West 37th St. for $42M. Both sales were below the price paid by previous owners.

MCR is also the owner of the Ink 48 Hotel and the High Line Hotel, which were ranked among NYC’s top 20 hotel choices by Condé Nast Traveler’s Readers Choice Awards last year.