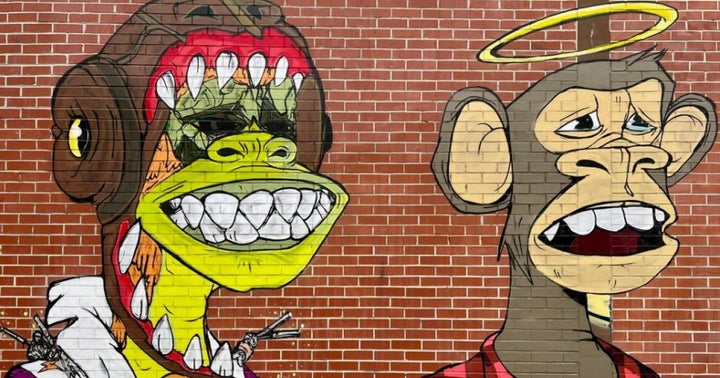 What Happened: Yuga Labs tweeted a video previewing its potential metaverse of NFTs and some potential partners in a post.

“See you on the Otherside in April. Powered by @apecoin,” Yuga Labs tweeted.

The post highlights ApeCoin (CRYPTO:APE) as the potential token to be used for the new creation. ApeCoin was launched last week by ApeDAO and was claimable by Bored Ape Yacht Club and Mutant Ape Yacht Club owners along with being offered for trading on major cryptocurrency exchanges like Coinbase Global Inc (NASDAQ:COIN), FTX, Gemini and eToro on its inaugural day.

The video centers on the launch of Otherside, a project from Yuga Labs with few public details. The trailer features the appropriate background song of “Break on Through (to the Other Side)” from The Doors.

Related Link: ApeCoin Launched: Here Are The Details And How To Get It

Breaking Down The Trailer: The video from Yuga Labs shows the ape known as “Curtis” in an animated minute plus presentation. An animated image of Curtis was previously shared by Yuga Labs in a Medium article.

In the video, Curtis drinks from a bottle that is later revealed to say “Don’t drink me.” A creature featured on the bottle carries Curtis away.

Many within the Bored Ape community have pointed to the creature being “Koda,” a character that was mentioned in a leaked pitch deck from Yuga Labs. The Kodas are mentioned as a future air drop.

Bored Ape co-founder Gargamel has stated the pitch deck was old, but the similarities in the video match up.

One of the biggest moments in the video is when Curtis sees a ship featuring characters from other popular NFT collections, including World of Women and Cool Cats.

Users on Twitter dug in to find that the World of Women and Cool Cats NFTs in the video are owned by the same crypto wallet.

“Everything you can imagine is real,” Bored Ape co-founder Gordon Goner tweeted shortly after the trailer video was released.

The trailer video follows a two to three-week period from Yuga Labs that has featured the acquisitions of the CryptoPunks and Meebits rights, ApeDAO launching ApeCoin and now the animated video.

While there are many details to come from the trailer, it helps demonstrate that Yuga Labs is far from done in the NFT space and more is coming soon. The tweet saying ApeCoin will power the Otherside highlights how Yuga Labs could potentially be using the token for future projects going forward.

Price Action: The floor price of Bored Ape Yacht Club is 101.69 Ethereum (CRYPTO: ETH) at the time of writing.

ApeCoin is trading at $9.89 at the time of writing.