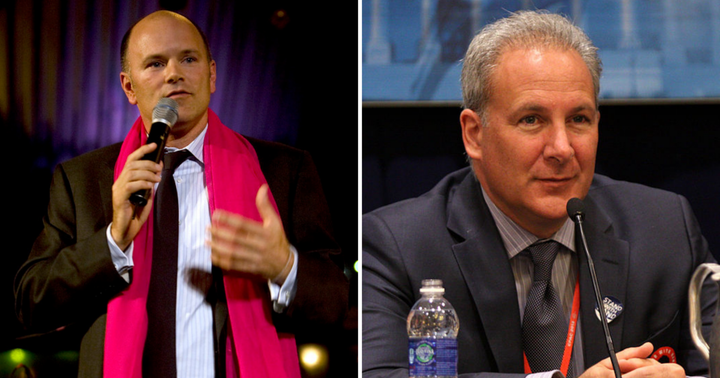 A war of words on Twitter Inc (NYSE:TWTR) has led to the latest fight challenge related to the Russia-Ukraine War. Here’s the latest.

What Happened: Euro Pacific Capital Chief Global Strategist Peter Schiff made headlines Wednesday after calling out Ukrainian President Volodymyr Zelensky for his attire during a speech to the U.S. Congress.

“I understand times are hard, but doesn’t the President of the #Ukraine own a suit?” Schiff tweeted. “I don’t have much respect for current members of the U.S. Congress either, but I still wouldn’t address them wearing a t-shirt. I wouldn’t want to disrespect the institution or the United States.”

The comment from Schiff was ill-received on Twitter with many pointing out the nature of an ongoing war in Ukraine and Zelensky also facing assassination attempts.

The tweet from Schiff prompted a response from Michael Novogratz, the CEO of Galaxy Digital Holdings Ltd. (OTC:BRPHF).

“After that comment I am ready to challenge @PeterSchiff to a cage match where profits go to the charity of your choice. I’ll donate to Ukraine relief. I’m just sick of your smugness Peter. The Ukrainians are fighting for their lives, their country and their freedom. Have some respect,” Novogratz tweeted.

Why It’s Important: A potential battle of words or fists between Schiff and Novogratz could be exciting given their opposite sides on the debate of Bitcoin (CRYPTO: BTC).

Schiff is a noted Bitcoin bear, instead, he believes in the long-term power of gold as a store of value.

Novogratz lists “early investor in Bitcoin” in his Twitter biography and has been vocal about support for cryptocurrencies. Galaxy Digital is a leading company in the digital infrastructure and cryptocurrency sectors.

The call for a cage match comes as Tesla Inc (NASDAQ:TSLA) CEO Elon Musk recently challenged Russian President Vladimir Putin to a “single combat” fight with the winner getting Ukraine as the prize.

Musk even upped the ante by offering to use only his left hand in response to a post by Chechen Republic (Chechnya) Head and Putin supporter Ramzan Kadyrov saying he would get crushed by Putin. The post also debuted a new nickname for Elon Musk, Elona.

Author Ashlee Vance tweeted he was ready to create a reality show called “Elon’s Chechen Adventure” based on all of the Twitter drama.

Could a reality show be launched to capture all the proposed fights between executives and world leaders? There could be a massive audience.