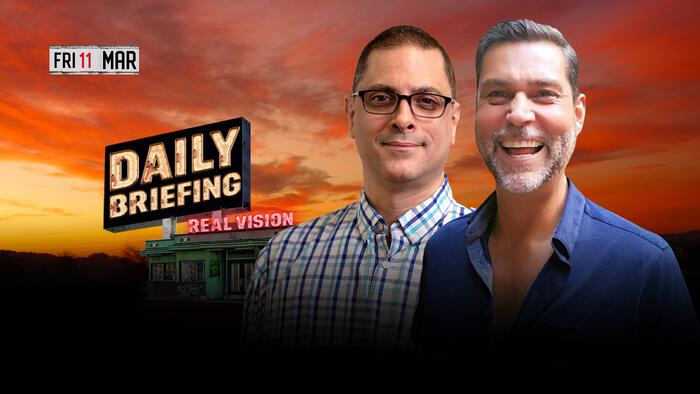 
Making a long-awaited return to the Daily Briefing, Real Vision co-founder and CEO Raoul Pal joins Ash Bennington to talk about inflation, economy, and, of course, the war in Eastern Europe. Governments around the world continue to react to Russia’s invasion of Ukraine, with the U.S. including $13.6 billion in aid to the latter as part of a $1.5 trillion spending bill and President Joe Biden suggesting an end to the latter’s “most favored nation” trade status. In another indication of an emerging deglobalization trend, Chinese tech stocks suffered their worst decline since October 2008 on increased regulatory scrutiny and fears of delisting from American exchanges. Raoul and Ash discuss the U.S. dollar, global trade, and the rising profile of cryptocurrency amid what remains the most interesting times most of us have yet experienced. Get your questions ready for Raoul, and drop them on the Exchange: https://rvtv.io/3pYiJyO