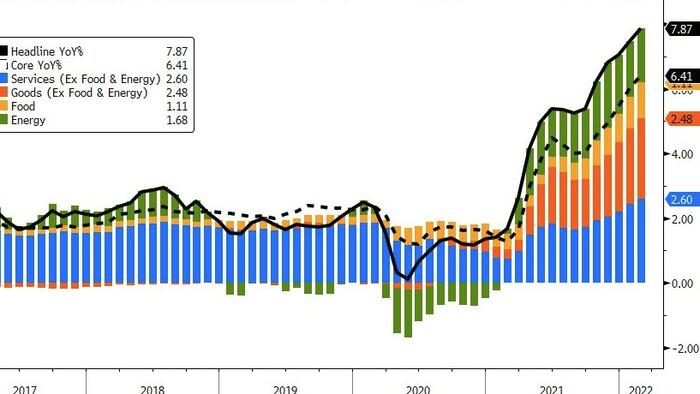 
With the Biden administration already setting the narrative yesterday that today’s inflation print could be ‘high’, and expectations for a headline print of +7.9% YoY (from +7.5% YoY in January), the bar was high for any surprises and the headline print came in right in the dot at +7.9% YoY – the highest since Jan 1982.

That is the 21st straight month of MoM (non-transitory) increases in consumer prices, with Energy (and Services) dominating the recent surge…

On a MoM basis, Energy and Services costs also dominated the increases…

But, in the interest of balance, the costs of a roof over your head are exploding higher…

Finally, and to many, most importantly, real wages (average hourly earnings) dropped on a YoY basis for the 11th straight month…

So the next time the Biden admin tries to tell you to be grateful that your wages are rising, show them that chart!