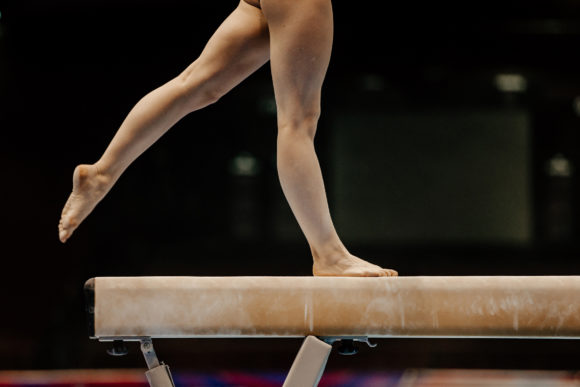 Larry Nassar is accused of sexually assaulting hundreds of girls and young women while working with USA Gymnastics, resulting in his criminal conviction and hundreds of lawsuits that forced the organization into bankruptcy.

Liberty Mutual Underwriters must defend USAG against allegations from all but 10 of his accusers, but the insurer’s liability may be limited to $250,000, according to a decision released Friday by a panel of the 7th Circuit Court of Appeals.

In a 2-1 ruling, the appellate panel decided that a wrongful conduct exclusion in the directors and officers policy issued to USAG allows Liberty to deny coverage only for assaults against the 10 victims for which Nassar was criminally convicted. But the panel also found that the trial court had failed to consider whether a sublimit that caps coverage to $250,000 for third-party employment practices liability coverage applies to any or all of the remaining claims.

“The bankruptcy court should have considered extrinsic evidence about the meaning of this endorsement, so we remand for further proceedings on that question,” the appellate panel said in the opinion.

USAG spokeswoman Jill Geer said the organization is pleased with the ruling, but declined further comment. Attorneys for Liberty did not respond to requests for comment.

Nassar, once an orthopedic surgeon, began working with USAG as a volunteer athletic trainer in 1987. He served as the organization’s national medical coordinator from 1996 to 2004. During that time, Nassar also worked as an assistant professor for Michigan State University and co-wrote several scholarly articles on gymnastic injuries.

The first allegations of sexual abuse came to light in 2016, when the Indianapolis Star reported on accusations by Rachael Joy Denhollander. Three more gymnasts stepped forward in a 60 Minutes interview in 2017.

Prosecutors in Ingham County and Eaton County, Michigan filed criminal charges. In a plea agreement, Nassar admitted he was guilty of a total of 10 criminal sexual conduct charges. Prosecutors agreed not to pursue charges for 115 assaults reported to Michigan State police. Eventually, 265 victims were identified. Nassar was sentenced to up to 175 years in prison.

USA Gymnastics, which selects and trains athlete for the US Olympic Team, continues to contend with lawsuits filed by hundreds of gymnasts who hold it responsible for allowing the abuse to take place. What’s more, coaches and gym owners filed lawsuits alleging losses caused by USAG’s handling of the scandal.

The weight of litigation forced USAG into bankruptcy. The organization sued Liberty and six other insurers that issued policies arguing that they had a duty to defend it and pay for the cost of investigations. The Liberty Mutual policy had a $5 million limit, but also a $250,000 sublimit for “Third-Party EPL.”

The bankruptcy court decided that Liberty Mutual has a duty to defend USAG against the “athlete lawsuits” and that the sublimit was ambiguous and unenforceable. The US District Court in Indianapolis (where USAG is headquartered) adopted the bankruptcy court’s findings in full.

Liberty appealed, contended that some of the claims pre-date the issuance of its “claims-made” policy and that it is does not owe coverage for any of the sexual assaults because of policy language that excludes wrongful conduct.

All three judges on the 7th Circuit panel agreed that all of the claims were filed during the policy period, but they disagreed on whether the wrongful-conduct exclusion applies.

The majority said the wrongful conduct exclusion in USAG’s D&O policy applies only if “it is finally adjudicated that such conduct in fact occurred.” Nassar’s conduct was adjudicated in only 10 instances, while the rest of the charges were dismissed, the majority said.

The majority acknowledged that the policy states wrongful acts are excluded if they are “in anyway related” to wrongdoing that has been adjudicated, but the wording is so vague it is ambiguous and must be interpreted in favor of the policyholder.

Circuit Judge Michael B Brennan dissented. He said the policy clearly excludes coverage for criminal acts and there is nothing ambiguous about the exclusion.

Liberty Mutual may be able to limit its coverage even if the 2-1 decision stands. The appellate panel remanded the case to the district court to consider whether an endorsement in the policy that limits coverage for “Third Party EPL” applies.

The policy does not define the term, but EPL refers to employment practices liability in insurance parlance, the opinion says. The panel said although ambiguous terms are always considered in favor of the policyholder, sophisticated policyholders are expected to understand the insurance contracts they sign. Liberty submitted evidence about what the policy language means, but the bankruptcy court and district court did not consider it. The appellate panel said that was an error.

“Because more fact finding is required to resolve this question, this portion of the case is remanded to the district court for that to be accomplished,” the opinion says.