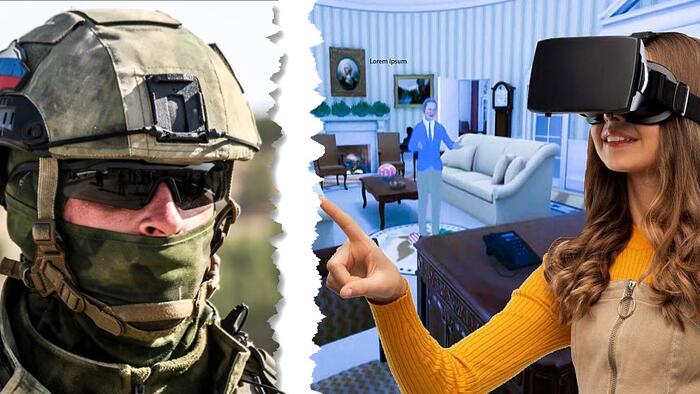 US equities initially tumbled yesterday as Russia initiated a full invasion of Ukraine to “denazify” its government, led by a Jewish president, and to “demilitarise” its 250,000-strong standing army, its 300,000 reserves, and its millions of armed citizens being urged to defend their country to the last; all while implying strongly that anyone who helped Ukraine fight back would face Russian nuclear attack. It appeared the wolves of Wall Street realized the gravity of an angry Russian bear.

As we all saw terrible images Europe has not seen in decades, the West’s politicians stepped up with their next attempt at sanctions that would show Russia the price for finally shattering the liberal world order for good: and it was again too low.

Markets loved it, and equities managed to rally all the way back to a green close. War in Europe is bullish, it seems, even if part of that action was probably due to options expiry rather than underlying confidence. After all, no real sanctions and less Fed hikes, perhaps.

Putin probably expected this Western weakness given an unalloyed record of vacillation and empty rhetoric for most of the past two decades. Indeed, building on a point made by Bloomberg’s Javier Blas, the West just sent Russia the funds to pay for all its initial salvo of bombs and missiles via the commodities they have bought from it. That’s a point I raised more broadly in a Clausewitzian sense when noting the US paid for China’s military spending via its imports and China paid for that of the US by lending the dollars back to the Treasury, which is not the mythical win-win free trade most free-traders think of.

Indeed, of the three scenarios we put forward in our recent report on ‘How We Would Pay for the War’ –war (A); war and sanctions (B); war and primary and secondary sanctions (C)– we are still closer to A than B. Ask Wall Street.

As such, energy prices came off to below $100 – but wheat, which feeds hundreds of millions worldwide, continues to soar. The fear is not sanctions but war itself. Historically, most people who died in wars didn’t do so from sword or axe or arrow, or bomb or bullet, but from the starvation or disease the war inadvertently created. We saw three cargo ships in the Black Sea and Sea of Azov bombed or struck by missiles yesterday; and Russia troops are rolling across key Ukrainian grain ports and, it seems, corn, barley, and wheat fields. The risks should be clear when markets are so tight and stocks so low.

On which, the current state of the war is unknown, but Bloomberg reports Western analysts feel Kyiv could fall within hours. Of course, the defense experts could be wrong, just like the many commentators who said there would be no invasion. However, with no air power Russian victory always seemed inevitable. The White House says it is prepared to again accept refugees, this time from Ukraine, which flags defeat not victory.

If so, commodity markets can ‘relax’ about the war. But then we find out if the relatively small number of Russian troops vis-à-vis the local population can hold the country, or if there is violent resistance that makes this an ulcer in the Russian underbelly for years – including in the grain belt. The focus would also turn to sanctions again: would occupied Ukrainian output be accepted globally? If yes, what message does that send? If no, what price will be paid by innocents?

Yet even if Russia wins quickly, global markets need to worry, as I said after Afghanistan fell – and Wall Street immediately forgot “because markets”.

Kabul and Kyiv: what a geopolitical track record for Western hegemony that would be within 12 months. The world is already asking ‘Where next?’ – because there will be a ‘next’. That point was partially underlined by John Kerry giving a TV interview in which he placed greater emphasis on the carbon emissions of the invasion(!), and that it may distract Putin from ‘going green’. He stressed the Arctic was thawing: yes, Russia sees that as a huge geostrategic opportunity for itself!

What John Kerry and the wolves of Wall Street alike fail to see is that Russia is showing us a new kind of war in two ways.

The ‘revisionist’ powers like Russia are much poorer, more physical economies driven by raw materials (energy, metals, agri commodities), or, in China’s case, taking those materials and transforming them into too many goods – in short, controlling industrial supply chains. Yes, there are also pointless asset bubbles book-ended by endless central-bank liquidity; but parts also run like a 19th century gold standard (i.e., fiscal prudence, mercantilism, and militarism). It’s a tough, ultra-competitive society. Their collective financial power is rising, aided by the West; their technology is improving, aided by the West; and their military power is rising, aided by the West.

Logically, if the West won’t use its financial power and hold back its technology, and try to get some physical control of resources and supply chains back, and revisionists will use control of physical resources and/or supply chains, and don’t care so much about finance, then we don’t have to think too hard to see which triumphs over time, and especially if things get kinetic in the geographies closest to said revisionists. Which changes things on the ground, as we see in Ukraine. It was hardly a model Western free market before the war, but if Russia wins, what do you think its economy will look like? (And perhaps expect to start hearing about ‘The Ukraine’ again, as it was dubbed in English by Russia in the past, to make it into a territory and not a state: Russia may become as twitchy about the definite article as China is about the use of some nouns around Taiwan.)

Logically, under a ‘revisionist’ economic system, although Western oligarchs will be fine, the wolves of Wall Street will become state-leashed puppy dogs; or rugs. Logically, the only way for those wolves to keep howling is within a smaller territory. And this crisis is driving just that deglobalisation – and one side is fine with it. For example, Russia is effectively being removed from global financial markets and its stocks slumped 33% yesterday, and the Ruble moved past 90 at one point – and Putin did not flinch at all. Russia was prepared for the limited sanctions thrown at it. Rebuilding an empire it can control matters more – and we are paying for it to do so. Even if we throw it off SWIFT, the West loses its one-world dream, and commodity prices soar to destabilizing levels.

So, no, I am not cheerleading one system over the other, or ‘strongmen’. But I am pointing out that the existential ‘virtual-financial’ vs. ‘physical-military’ political-economy dynamic here should matter to ALL markets. That it doesn’t seem to worries me deeply.

And I know it isn’t seen as mattering to most. In conversations with different parts of the buy- and sell-side in Asia, I hear that rather than grappling with the issues above or admitting that war in Ukraine shows they have been fundamentally wrong for years and, the late rally yesterday aside, are positioned wrong for what logically lies ahead, the choice is still to switch the conversation to irrelevant technical discussions to avoid this all. “Is it time to go long sector X or Y?” “How do you feel about name Z?” That is the self-deluding intellectual gruel being served.

Happy Friday – if you can.