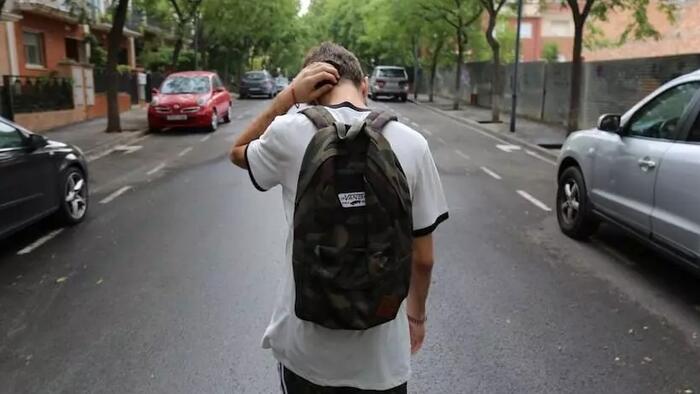 
American teenagers have gotten the short end of the stick for more than two years – being forced to attend school either in a mask or via Zoom, while missing out on countless rites of passage despite their virtually nonexistent chance of falling seriously ill from Covid-19.

And now – as the far more mild Omicron strain enters the rear-view mirror and things begin to return to normal – used cars have become so expensive that many teens can’t afford them, according to the Wall Street Journal.

Used car prices were already rising before the pandemic – however in the last two years, supply-chain disruptions have caused significant production problems throughout the auto industry.

In January, the average listing price for a preowned car reached $28,500 – a 31% jump over last January. New vehicles rose 12% over the same period – causing price-sensitive buyers, particularly younger ones, to hold off on their first vehicle.

The Manheim US Used Car index was up 45% y/y in January.

“It was definitely very frustrating, especially because all my friends have cars,” said 16-year-old Chase Smith, who was priced out of the market and forced to keep taking the bus one-hour each way to her school in upstate New York. “But in the end, I just know it’s a smart decision,” she said.

While Gen Zers had been showing more interest in automobiles before the health crisis, they are now being held back by the rising prices and paltry selection of low-cost vehicles, analysts and industry executives say. -WSJ

“As an industry, I think there should be some concern,” said Toyota senior VP of auto operations, Jack Hollis, who added that capturing younger buyers who will be the driving force of the economy for the next 20-40 years is ‘critical’ for the automotive industry because it ensures brand loyalty and a future customer base.

Meanwhile, teenagers are earning less than before – with median wages for workers aged 16 – 19 having increased 14.6% over the last two years to $2,453, according to the Bureau of Labor Statistics.

Of course, many teens receive help from their parents when it comes to their first car – however parents are also frustrated at the higher prices according to the report.

Bradley Rose, a father living in Florida, said he was run ragged driving the kids around to events and clubs. He was eager to get a car for his 16-year-old daughter to lighten the load.

He found dealership lots near empty and had trouble finding a vehicle around his $10,000 price limit. A pilot, Mr. Rose said he considered flying cross-country to find a low-cost vehicle, before finding a used 2016 Toyota Corolla LE that had 50,000 miles on it. He said he paid about $19,000 for the car.

That said, preowned inventory levels do appear to be bouncing back – however the supply on dealer lots in December was still down 20% from the same month in 2019, according to Cox Automotive. And for those looking to buy a used car under $10,000, there were just 8,500 available in the entire country last month – a 34% decrease from April 2021.

Still, as we noted last week, those who can wait until the second-half of 2022 may find some relief – as JP Morgan have speculated that supply chain constraints may have peaked.

If so, perhaps a few more teens can claw back another major milestone the most important years of their lives.