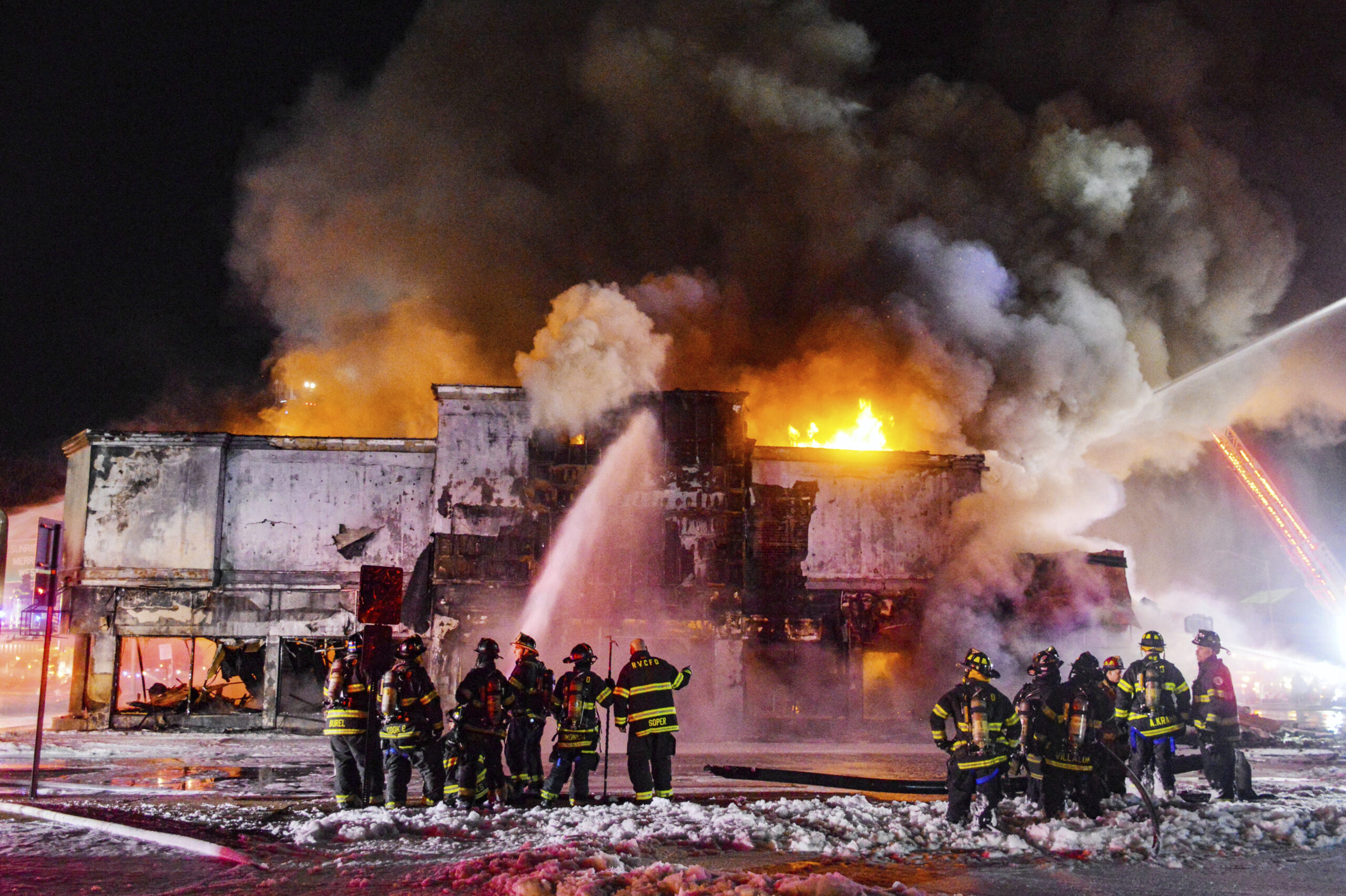 ROCKVILLE CENTRE, N.Y. — A tanker carrying 9,200 gallons (34,825 liters) of gasoline overturned, crashed into a vacant building and burst into flames on Long Island early Wednesday, shutting down traffic for hours and spilling fuel into the sewer system, authorities said.

“When I came here, there was fire everywhere, the streets, the tanker, the two buildings, and when I looked down Sunrise Highway, there was fire coming out of seven or eight manhole covers,” James Avondet, fire chief for the village of Rockville Centre, said after the 1 a.m. crash.

The truck’s driver was injured in the crash, and three of the 150 firefighters who responded were also treated for injuries, officials said at a news conference later Wednesday.

The tanker crashed into a vacant La-Z-Boy showroom at North Center Avenue and Sunrise Highway, about 30 miles (48 kilometers) east of New York City.

“There were about 9,200 gallons on the gasoline tanker when it flipped and caught fire,” Nassau County Chief Fire Marshal Michael Uttaro said. “The driver was able to self-extricate and he was transported to to a local hospital.”

Uttaro said fuel got into the sewer system and into local creeks, where it was being contained with booms. “So there’s no threat to the environment at the moment,” he said. “There’s no threat to any of the citizens or any homes.”

He said the Coast Guard was helping to map the spill.

Avondet said authorities received a call about 1:10 a.m. “Upon arrival I saw a tanker truck that was on its side,” he said.

In a video posted to Twitter, thick black smoke was seen billowing from the Rockville Centre building that the truck crashed into, which was fully engulfed in flames, while firefighters worked to put out the blaze.

Avondet said firefighters were able to get the blaze under control “in a relatively short time with very few injuries.” He added, “We’re very glad if it was going to happen it happened at one o’clock in the morning with nobody else around.”

Avondet said the water in Rockville Centre was safe to drink although it “might be a little yellow in color.”

Businesses in the area were without power as firefighters continued to put out hot spots.

Nassau Traffic Management said on Twitter that traffic was closed in both directions and to expect delays in the area through the morning rush hour. The cause of the crash was under investigation.