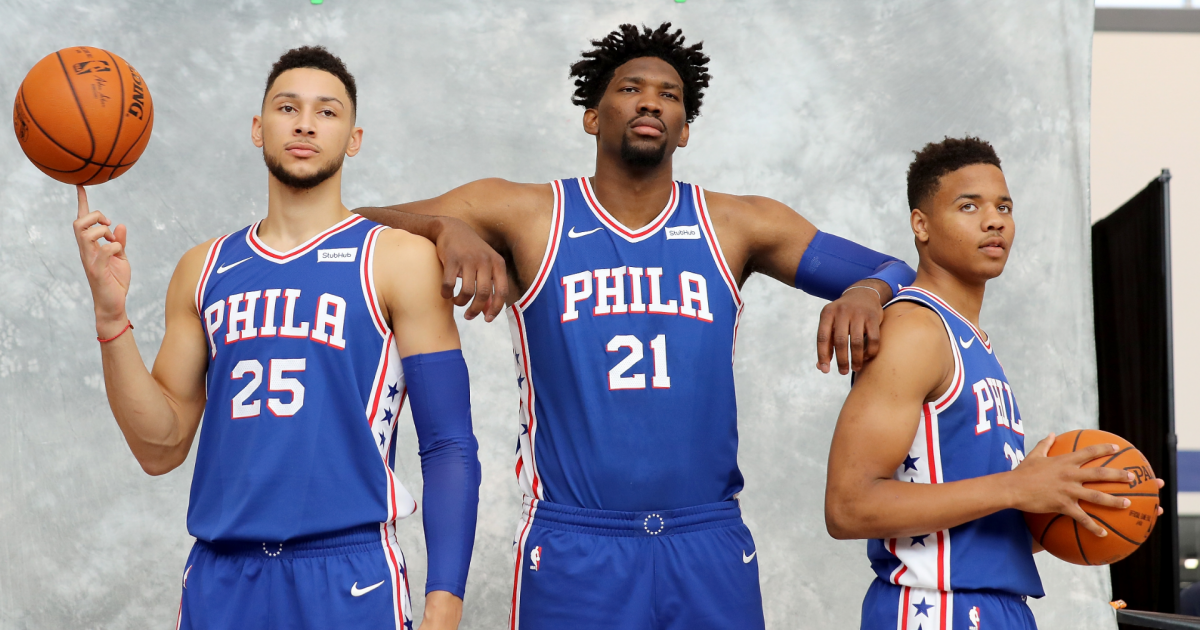 
The 76ers embarked on one of the most ambitious rebuilds in recent memory, tearing down their roster in search of the next great NBA star in the draft.

Built on the foundation of fielding non-competitive teams, general manager Sam Hinkie’s project saw the 76ers tumble down the standings, accumulate draft picks and emerge from “The Process” with Ben Simmons and Joel Embiid — two of the best young stars in the league.

Sure, there’s no exact science to the draft, as the selections of Jahlil Okafor (No. 3, 2015) and Markelle Fultz (No. 1, 2017) can attest, but on paper, getting a pair of multiple-time All-Stars was worth it.

Fast forward to 2022 and while Embiid is putting forth a second consecutive season worthy of MVP consideration, Simmons now finds himself as a member of the Brooklyn Nets after a drawn-out offseason saga where he went toe-to-toe with the organizations front office in search of a move.

He eventually got his wish.

After reportedly accumulating north of $20 million in fines for missing training camp and games, Simmons’ departure leaves a big hole in his wallet, while the void in Philadelphia’s backcourt is filled by a former MVP in James Harden.

76ers fans sat through misery, watching a terrible team for years, punctuated by the 10-72 record in 2015-16 — the third-worst record in NBA history — but the long-term plan of tanking for draft picks landed them the crown jewel of Simmons, their first No. 1 pick since Allen Iverson.

275 games, a Rookie of the Year award and three All-Star selections later, Simmons leaves town while the 76ers’ championship aspirations receive a new breath of life, something no one could have predicted when the saga began.

So how did we get here?

In the post-Iverson era, the 76ers floundered. Between 2007-08 and 2011-12 and after suffering three first-round exits, one second-round exit and missing the playoffs entirely in 2009-10, it was time for a change as the mediocrity of being a good team without real championship hopes grew tired in the feast or famine NBA.

From 2002 to 2013, Philadelphia made the playoffs six times and missed the postseason party in five seasons.

On the treadmill of mediocrity, they embarked on an ambitious journey, bringing in Hinkie from the Rockets to steer the ship as a first-time GM in 2013-14. It was either contend for a title or bottom out and put yourself in a position to get the best talent available in the draft.

Hinkie’s first move was to send one-time All-Star Jrue Holiday to New Orleans in a trade for Nerlens Noel, the No. 6 pick in the 2013 NBA Draft, selecting Michael Carter-Williams with the No. 11 pick in that same draft.

Between that season and Simmons playing his first NBA game, the 76ers went 75-253. Embiid sat out his first two seasons after being drafted in 2014 due to injury and played just 31 games his rookie season. By the time he and Simmons both took the floor together in 2017-18, “The Process” delivered results immediately, winning 52 games that season. Over the next four, they finished no lower than third in the Eastern Conference.

The most successful year came after rolling the dice to acquire Jimmy Butler from the Minnesota Timberwolves, however, Butler would end up spending a total of 67 games with the franchise, after their hopes of winning a title were stifled by a Kawhi Leonard Game 7 buzzer-beater in 2019, ending their season in the second round.

Two No. 1 picks, two No. 3 picks and a host of NBA rotation players passing through their doors, including Alex Caruso, Christian Wood, Jerami Grant and Richaun Holmes, who formed their legendary 2016 Summer League team alongside Simmons, the 76ers have yet to go any further than the Andre Iguodala-led squad that made the second round in 2011-12.

A decade on from that run, they have yet to attain anything tangible to show for it besides some more national TV games, a few dope magazine covers and more Twitter engagement than you could imagine.

Now, with Embiid, Harden, Tobias Harris and Matisse Thybulle the 76ers are very much in the conversation as a title contender, but the road they took to get here compared to the rebuilds of teams like the Celtics, Nets and Hawks — you can now add the Hornets and Bulls to that list as well — was far from smooth.

The Simmons era rejuvenated the 76ers fanbase and made the 76ers a playoff fixture and legitimate contender in recent seasons, making “The Process” a relative success.

But now that the dust has settled and Embiid remains the only marquee draft pick from “The Process”, fans will surely be asking themselves… does the acquisition of Harden make it all worth it?