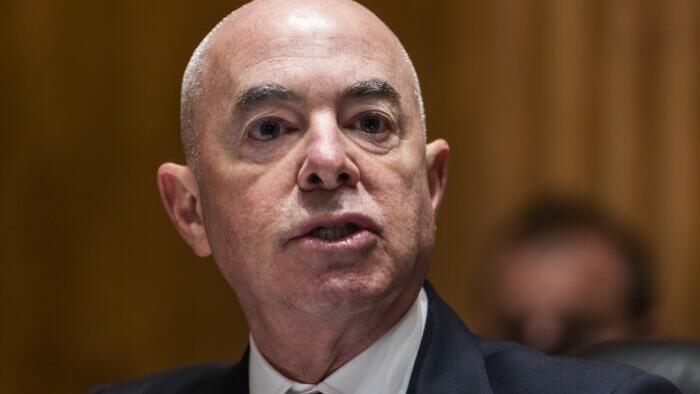 DHS “is tracking reports of a potential convoy that may be planning to travel to several U.S. cities,” an agency spokesperson told The Epoch Times in an email.

“We have not observed specific calls for violence within the United States associated with this convoy, and are working closely with our federal, state, and local partners to continuously assess the threat environment and keep our communities safe,” the spokesperson added.

DHS is involved in helping secure the upcoming Super Bowl LVI, set to take place in Inglewood, California on Feb. 13.

“There are online discussions that suggest holding an event at a specific location near the Super Bowl on game day,” DHS said in a notice sent to federal, state and local partners and obtained by ABC News.

“While there are currently no indications of planned violence or civil unrest, if hundreds of trucks converge in a major metropolitan city, the convoy could potentially severely disrupt transportation, federal government and law enforcement operations, and emergency services through gridlock and potential counterprotests,” the DHS said.

The agency has also worked with various partners to boost security in the Washington region following the Jan. 6, 2021, breach of the U.S. Capitol.

Truckers in Canada recently descended upon multiple cities, including Ottawa, in protest against vaccine mandates. Starting Jan. 15, truck drivers entering Canada were required to be vaccinated. Foreigners were told they’d be rejected entry while Canadians who don’t show proof of vaccination must quarantine.

Some Americans have floated plans to organize similar convoys to Washington and elsewhere in protest against mandates, including one that requires truck drivers and other people trying to cross one of America’s land borders to be fully vaccinated.

Organizers of a group called The People’s Convoy announced Wednesday plans to gather in Indio, California on March 4 and rally that weekend “to defeat the unconstitutional mandates.”

The trucker convoy will “roll out” of the state following the rally, organizers added, promising more details soon.

“Our brothers and sisters of the highway succeeded in opening Canadians’ eyes about the unconstitutional mandates and hardships forced onto their people,” organizers told more than 52,000 people on Facebook.

“Now it’s time for the citizens of the United States of America to unite and demand restoration of our constitutional rights.”

Other social media posts indicate the convoy will travel to Washington.

The convoys in Canada have disrupted some shipments to or from the United States, the White House said Feb. 7. The busiest U.S.-Canada border crossing was blocked by protesters starting the same day. Some U.S. automakers have paused output due to the protests.