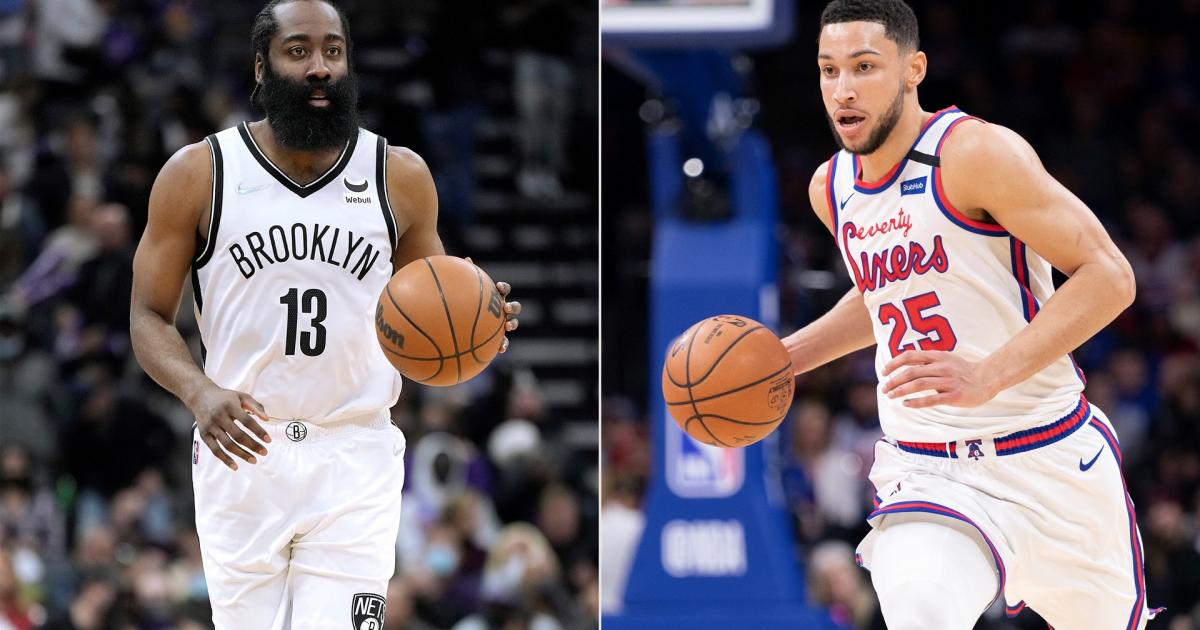 The Nets and 76ers have agreed to a blockbuster deal centered around James Harden and Ben Simmons ahead of the trade deadline, according to ESPN’s Adrian Wojnarowski.

News broke of the 76ers opening up trade conversations surrounding Simmons back in July of 2021. There wasn’t much chatter of the Nets trading Harden a couple of weeks ago, but he had reportedly grown frustrated with his situation in Brooklyn.

It’s no secret that Harden was near the top of Philadelphia’s wish list.

At the start of the season, Harden was recognized as one of the 75 greatest players in NBA history. He’s racked up nine All-Star selections, seven All-NBA selections, one Sixth Man of the Year award and one MVP award. Now in his 14th season, Harden has career averages of 25.0 points, 6.7 assists, 5.6 rebounds and 1.5 steals per game.

MORE: How does Harden fit with Joel Embiid?

Harden signed a four-year, $118.0 million extension with the Rockets in 2017. He’s on the books for $44.3 million this season and has a player option worth $47.4 million in his contract for the 2022-23 season. If he declines his player option, he will be an unrestricted free agent in the offseason.

There is currently a vaccine mandate in New York that requires individuals to show proof that they have received some level of COVID-19 vaccination to enter various settings, including professional sports arenas. The mandate impacts players on both the Nets and Knicks.

According to ESPN’s Ramona Shelburne, Simmons has been vaccinated. If so, he will be allowed to play in Brooklyn’s home games.

Curry is under contract through the 2022-23 season. His salary increases slightly from $8.2 million this season to $8.5 million next season.