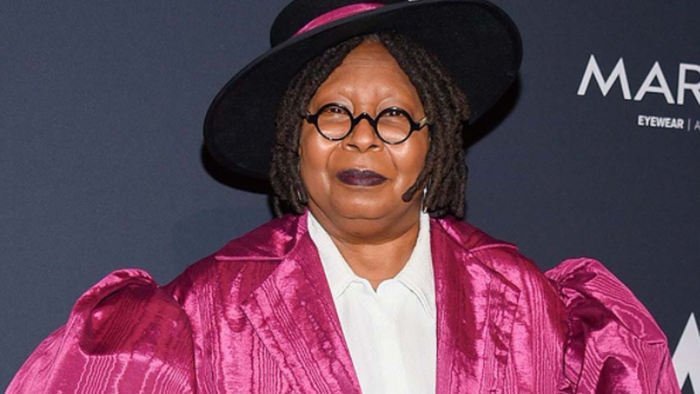 The cancel culture story of the week this week has been brought to us by Whoopi Goldberg, who I had literally just written about hours ago due to her grossly uninformed diatribe criticizing Bill Maher, who rightfully ridiculed continuing Covid hysteria publicly on his show last week.

One day after my article, Goldberg found herself in the crosshairs of cancel culture after she claimed that the Holocaust, a genocide of 6 million people for being Jewish, was “not about race,” but rather “man’s inhumanity to man”, because it involved “two white groups of people.”

For her deep thoughts and critical thinking, Goldberg was served a 2 week suspension from The View.

“How dare you be so flippant?”

Well, Whoopi, there’s no shortage of people now asking you the same.

But this article isn’t about Goldberg’s idiotic remarks. She obviously knows not of the deep psychosis and skewed sense of reality she has slipped into and neither you, nor I, nor a whole room full of psychologists have the time to try and untangle the logic behind her statements.

More importantly, I want to go on record and say that I support Goldberg‘s right to say whatever she wants, despite the fact that I disagree with her comments.

You see, this is the concept that many on the left don’t understand: not only is it possible to support free-speech at times when you don’t agree with its content, but our founders thought that it was necessary in order to form a more perfect union.

When you don’t understand the nuance of this concept and you spend your days trying to play “free speech hall monitor”, you contribute to the regression of liberty and freedom, rather than supporting it.

It’s like the economy: the more you try to micromanage it, the further off the path to prosperity it winds up.

Today’s blog post has been published without a paywall because I believe the content to be far too important to deny to anyone. However, if you have the means and would like to support my work by subscribing, I’d be happy to offer you 22% off for 2022:

It’s clear that the left either doesn’t understand the veracity of Goldberg’s comments or simply doesn’t think that they – on their holy high ground – are even capable of making such horribly off color and offensive remarks.

For example, MSNBC host Mike Brzezinski came out after Goldberg’s suspension from ABC and lamented that “cancel culture is getting so out of hand”.

She continued: “She’s been on TV for decades. She’s been putting herself out there for decades. If you don’t know her heart, then you haven’t been watching. And so that’s why the two-week suspension to me seems more about … this unbelievable need to punish and judge people when they’ve made a mistake.”

Her co-host-turned-beau, Joe Scarborough, added: “We all make terrible mistakes. She apologized for it immediately and took corrective actions. Now, I want to know, who is so frail over at ABC?“

The answer, Joe, is the very same viewers you and your network have been conditioning to become so frail. That’s who.

It’s almost like Joe doesn’t know that MSNBC spends entire programming days latching onto generally out-of-context fractions of comments, made by anyone viewed as enemies to the Democratic party, that they then casually attribute to white supremacy and racism with the nonchalance of making small talk about the weather, before advocating for the cancellation of those they don’t agree with.

Goldberg’s co-hosts on The View were also reportedly “furious” about Goldberg’s suspension. “Whoopi is a lifelong ally to the Jewish community. She is not an antisemite. Period,” Ana Navarro reportedly said.

Yet these same co-hosts, notably Joy Behar, were calling for the cancellation of podcaster Joe Rogan for simply having a discussion with well credentialed experts about an ongoing current event in the COVID-19 pandemic.

Behar was encouraging more musicians to leave Spotify as a result of the Rogan “controversy” just hours before the Goldberg incident.

Behar called Joe Rogan a “horror,” earlier this week, asking: “Hasn’t he been also chastised and corrected and then just goes back to his craziness again?”

“I mean I don’t know that he can be reformed,” she said of Rogan.

And while The View co-hosts clamored on this week that Goldberg should be offered leniency because she apologized for her remarks, Behar reportedly “rejected” Joe Rogan’s apology for his content.

Are they starting to see that when they point one finger, three more point back?

It’s almost as if those on the left can’t see how the situation would’ve went down if the roles were reversed. What would MSNBC, CNN and The View be calling for if these comments about the holocaust would’ve been made by a sitting Republican President?

Answering that question in your head is a good mental exercise, assuming you have a couple brain cells to rub together for a little bit of game theory.

Part of the reason the left wing is taking exception with Bill Maher to begin with is the comedian’s stance against political correctness and for free-speech.

While Maher may have lost part of his far left wing base by keeping a cooler head and subscribing to common sense and reason, it goes to show that there is a large faction of the left – the party that used to be for freedom – that has simply lost their way.

Like Pac-Man going out the left side of the screen and coming back all the way on the right side, so many on the left fail to see that they are guilty of the same things they spend their days railing against: maskless politicians on vacation during the pandemic, advocating for segregated dorms on college campuses and stifling the free speech they once relied on to get their points across.

Cancel culture is just the latest example in this hypocrisy and, with the obliviousness of the left’s spokespeople on full display, it’s never been clearer that those participating in cancel culture are doing far more harm than their virtue signaling would have ever done good.