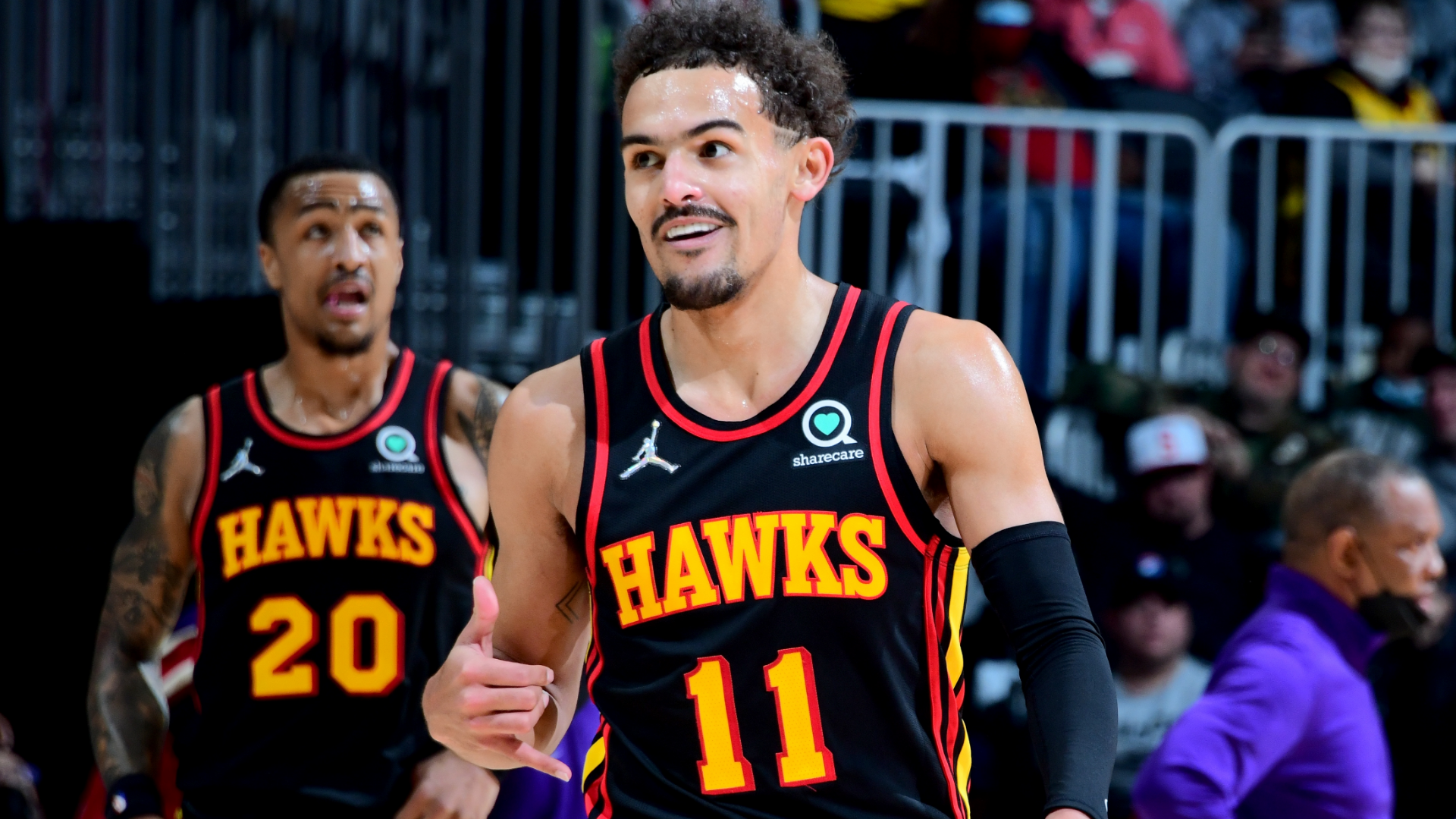 Don’t look now, but the Atlanta Hawks are primed to make a playoff push off the strength of their current five-game winning streak and the superb performances of point guard Trae Young.

The Hawks overcame a slow start to see off the Sacramento Kings 121-104, and have now moved to within two games of the eighth-seeded Boston Celtics. During this winning streak, they’ve managed to take down the defending champion Milwaukee Bucks, and the Miami Heat, currently the leaders in the East.

It was only a couple of weeks ago that the Hawks season was already being written off, but led by their All-Star point guard Young, who was this week named NBA Eastern Conference Payer of the Week for the second time this season, Atlanta is now looking like a viable threat heading into the second half of the season.

Young won the Player of the Week honors for helping lead the Hawks to a 4-0 record in that time span while averaging 31.3 points, nine assists, and four rebounds on shooting splits of 46.4 percent from the floor and 47.6 percent from beyond the arc. He began the winning streak with two double-doubles, giving him 21 for the season, which ranks fourth among all guards and second in the East behind James Harden.

Against the Kings, he finished with 17 points, ten assists and three rebounds.

The Hawks’ success isn’t all due to Young, however. The reserves have played a massive part with Onyeka Okongwu (18 points off the bench against Sacramento). Okongwuhas filled in nicely when Clint Capela has been out for Atlanta. He’s doubled his season scoring average to 9.8 points per game from last season’s 4.6.

The Hawks, at least in recent seasons, have had a top-ranked offense. Last season, they were ninth in the league in offensive rating. This season, they’re second. On the defensive end is where they’ve struggled in 2021-22.

For the season, they’re ranked 27th in the league in defensive rating, however, over the course of this winning streak, they’re ranked equal eighth with the Chicago Bulls.

“I felt like the only thing that was keeping us from where we want to be was really the defensive end,” Capela has said. “We’re able to score 130, 140, but other teams against us are doing the same thing, which doesn’t always give us a great chance to win.”

“I feel like we kind of just throw the dice or throw the penny and by doing this now, by improving defensively, we’re giving ourselves a better chance to win. When you keep a team under 100 points, especially for a team as good offensively as us, it’s huge. That’s what it’s going to come down to.”

The Hawks are surging, and not a moment too soon either, according to head coach Nate McMillan.

“We still have injuries and trying to get guys back, but we’re playing basketball that gives us a chance to win games now.”