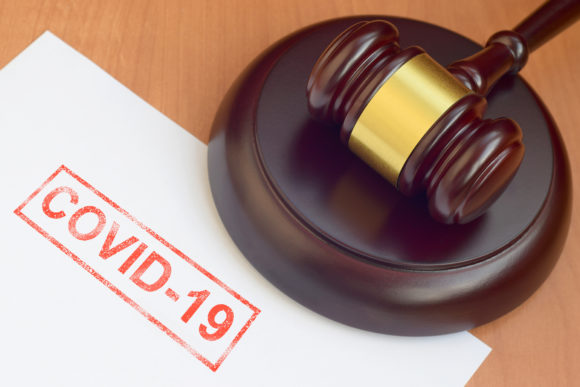 The owners of high-end London restaurants The Wolseley and The Delaunay sued AXA Insurance UK Plc for as much as 4 million pounds ($5.4 million) over its failure to pay out on claims linked to the coronavirus lockdowns.

Lawyers for Corbin & King Ltd. said in a London court Tuesday that the insurers are “bound” to pay a business interruption claim that it has refused to pay.

The British hospitality industry has been among the hardest-hit by the effects of lockdowns, forced to close for months at a time as governments tried to keep a lid on the virus.

AXA argued that its “denial-of access” policy — when businesses can’t use their premises — didn’t apply to nationwide restrictions imposed by the government but only to localized incidents.

“The regulator which ordered closure of the claimant’s premises were part in response to the dangers caused by COVID-19,” Jeffrey Gruder, Corbin & King’s lawyer, said in court on Tuesday. “The idea that they can be hermetically sealed within a one-mile radius is absurd.”

An unprecedented disruption to businesses caused by the pandemic has triggered disputes over insurance coverage during the pandemic. The trial is the first to come to court since the UK’s Supreme Court ruled on a test case brought by the Financial Conduct Authority that sided with policy-holders.

“The clause does not provide cover against the nationwide state of affairs that has prevailed throughout the country, with varying intensity, since early March 2020,” AXA’s lawyers said in written documents prepared for the hearing.

“To date we have already paid claims totaling above 94 million pounds demonstrating that where cover is in place claims have been, and will continue to be, settled by AXA,” an AXA spokesperson said, declining to comment on ongoing legal proceedings.