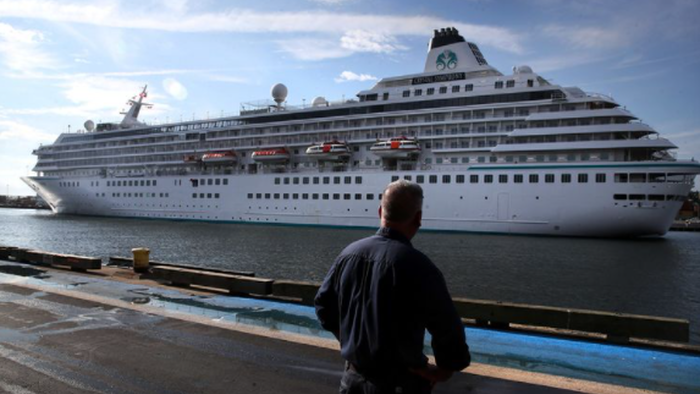 
A luxury cruise ship called the Crystal Symphony, operated by Genting Hong Kong Ltd., is on the verge of being seized in order to repay $1.2 million worth of unpaid fuel bills.

The ship is in the process of being diverted to the Bahamas after it received news that a U.S. court issued an arrest warrant for it, should it dock in Miami, according to Bloomberg.

Should the ship wind up ashore in the U.S., Marshals and a court-appointed custodian stand at the ready to arrest it.

J. Stephen Simms, the lead attorney representing Peninsula Petroleum Far East Pte. Ltd., who the monies are owed to, said that he has been made aware of the plan.

As a result, the ship docked in the Bahamas on Saturday evening.

Peninsula Petroleum Far East sued the ships owners in U.S. district court seeking to recoup $4.6 million in unpaid fees for bunker fuel it has provided since 2017.

A U.S. federal district judge in Miami finally issued an arrest warrant in conjunction with the suit last week.

Simms commented: “The U.S. marshal will be there with the arrest warrant if the ship shows up in Miami. My good money is that it’s not landing in Miami, from what we’ve been told. Our client is determined to recover.”

Genting Hong Kong has been under severe financial distress as a result of the pandemic and has been in the process of of liquidating after reporting a $1.7 billion loss in May.

One of the ships passengers Tweeted about the change in destination last week: “Does anyone want to guess why our ship, The Crystal Symphony, can now no longer disembark in Miami? We received notice that we are being taken to Bimini, Bahamas, put on a ferry, and taken to the USA that way. Hmmmm.”