Interest rates have soared, and stock markets have been melting as a result. Rates are likely going to continue to rise, especially on the short end of the yield curve, and that is only going to pressure expensive stocks lower over time as valuations reset.

This reset is leading to multiple contraction across sectors and individual stock names.

While it may seem like some stocks are relative bargains at current levels, some may very well still have a long way to fall before they return to pre-pandemic valuations, especially if the Fed is as serious about tightening monetary policy as it seems to be.

For example, the Index has seen its PE ratio expand from 23.1 in February 2020 to its current 25.5. So, while the index is down about 10% from Dec. 27, 2021, it doesn’t mean it’s cheap. The index would still need to fall an additional 9.5% to see it get back to pre-pandemic valuations. The big question ultimately is if the pre-pandemic peak PE ratio is too high.

Prior to the run higher from October 2019 to February 2020, the tech index never even trade with a PE higher than 20.

Even stocks like NVIDIA (NASDAQ:), which has already seen its price fall by more than 20%, could have much to fall further as rates rise and multiples recalibrate. Keep in mind that this stock was trading just below $80 in February 2020 and now trades around $250.

Undoubtedly, the company has seen strong earnings growth over the past 2-years due to its leadership in GPUs and the need for them in data centers. However, it also saw multiple expansion, with its PE rising to a peak 67 times its NTM earnings estimates. Now the PE has fallen back to 48.9, but still in February 2020 the stocks PE was 37.7. At that PE ratio, the stock today would be worth $196.

One could argue where the correct multiple should be and how much of the growth the company has seen over the last two years that is real and has not been pulled forward. But one would think if part of the reason for the stock’s huge advance is due to the low-rate environment, then if rates were to rise, it would seem appropriate that the valuation should reset lower as well. 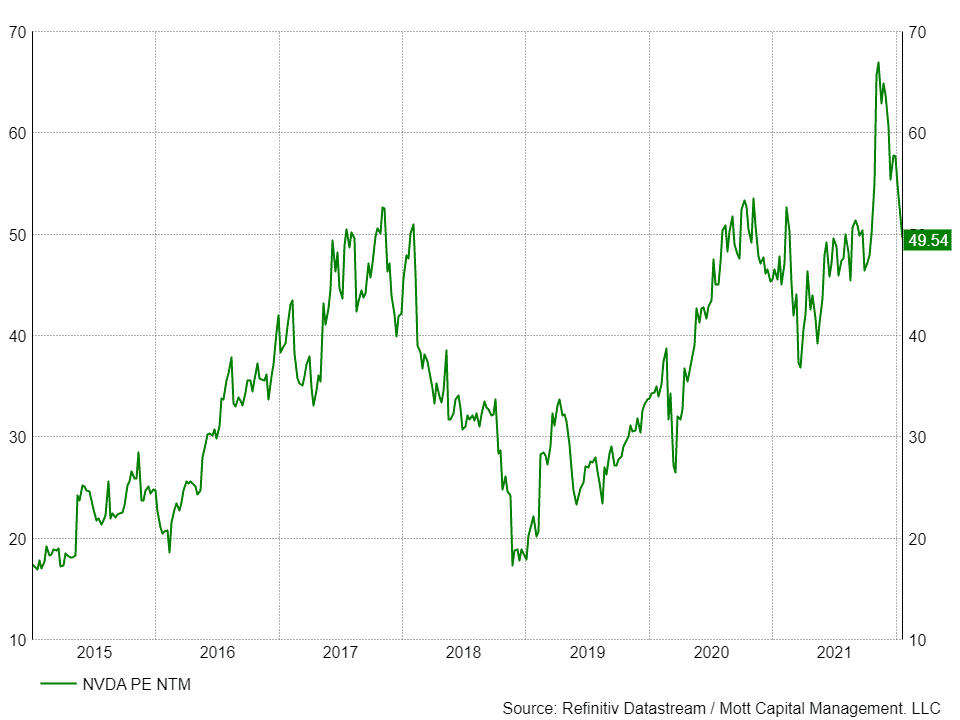 Even stocks like Zoom Video (NASDAQ:), which has seen massive growth over the past two years and a stock price that is down more than 70%, aren’t cheap when considering how much growth has been pulled forward and given future growth forecast.

Currently, analysts forecast earnings to fall by 10.2% in fiscal 2023 to $4.37 per share and then grow by just 8.3% in 2024. The company is now finishing the fiscal year 2022 and is forecast to earn $4.87 per share. Zoom is expected to have no earnings growth over the next two years and is trading with a PE of 36.7 times its NTM earnings estimates—for no growth. That doesn’t sound like a bargain. 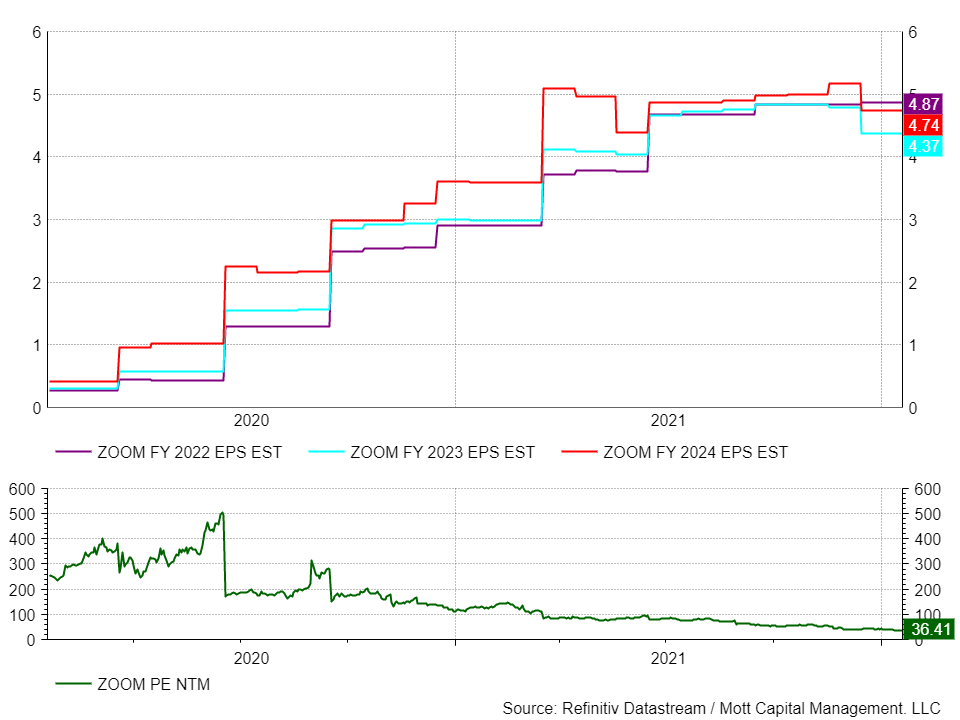 So, while many stocks are down big on the surface, it is not the same as saying they are cheap or a bargain. If it turns out that future earnings growth was pulled forward, and future growth rates have been sacrificed, then these stocks may have much further to fall, especially as rates rise.