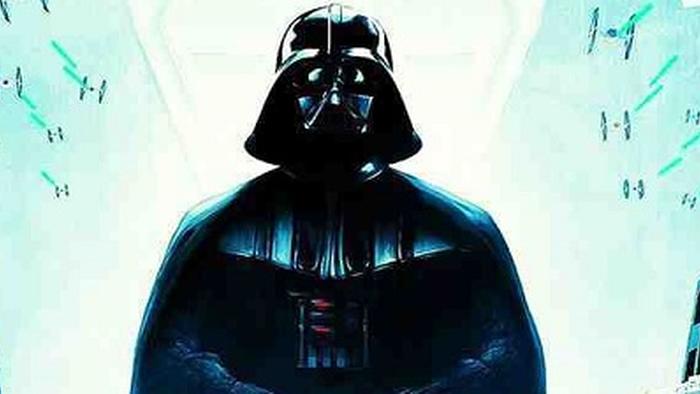 The Empire is striking back, protecting what really counts, and the Billionaire Bubble sideshow is folding its tents.

One of the most enduring conceits of the modern era is that the Federal Reserve acts to goose growth and therefore employment while keeping inflation moderate (whatever that means–the definition is adjustable). This conceit is extremely handy as PR cover: the Fed really, really cares about little old us and expanding our ballooning wealth.

Nice, except it doesn’t. The Fed’s one real job is defending the U.S. dollar, which is the foundation of America’s global hegemony a.k.a. The Empire.

One thing and one thing alone enables global dominance: being able to create “money” out of thin air and use that “money” to buy real stuff in the real world. The nations that can create “money” out of thin air and trade it for magnesium, oil, semiconductors, etc. have an unbeatable advantage over nations that must actually mine gold or make something of equal value to trade for essentials.

The trick is to maintain global confidence in one’s currency. There is no one way to manage this, as confidence in a herd animal such as human beings is always contingent. Once the herd gets skittish, all bets are off.

The herd is exquisitely sensitive to movements on the edge of the herd, where threats arise. There are various tricks one can deploy to maintain confidence: pay a higher rate of interest on bonds denominated in one’s currency, so global capital flows into your currency; treat this capital well with a transparent set of tax laws and judiciary / regulatory oversight, maintain a deep pool of liquidity so capital can enter and exit without stampeding the herd, and having at least a semi-productive, diverse economy that generates goods, services and income streams to support the currency.

There is a mechanism for calming the herd, and it’s called the market. Narrative control (i.e. propaganda) may work on the weak-minded in the herd, who are subsequently picked off by hungry predators, but natural selection favors those who look for cues from what cannot be manipulated or glossed over– an unfettered market.

Markets are only trustworthy to the degree they are unfettered. Currency pegs and other contraptions can be changed overnight, so they are intrinsically untrustworthy. What makes markets trustworthy are: transparency, liquidity (i.e. being able to buy and sell instruments in virtually unlimited quantities without stampeding the herd) and the price discovery of risk, as risk is the key determinant of the herd’s movement.

Turning to global dominance–let’s ask one question and one only: which nation pegs its currency to another’s currency, and who owns that currency? Does the U.S. peg its dollar to the mighty RMB? No, it’s the other way around: China pegs its RMB to the the USD. China’s ability to create “money” out of thin air is based on its peg to the U.S. dollar, not because the value of its bonds and currency have been discovered by unfettered global markets.

To unpeg its currency, China would have to relinquish control of its sovereign bonds and currency and let the market discover its price and risk structure. This is the tradeoff: if you want to earn the confidence of the herd, you must relinquish control to the unfettered global market. Otherwise, the herd will always be skittish because risk is opaque and therefore safety is elusive.

The consensus seems to be that the Fed’s only real job is maintaining the Billionaire’s Bubble in stocks. But from the point of view of maintaining global hegemony, the Billionaire’s Bubble was a sideshow of hucksters and carnies. The real policy goal was funding the empire’s vast spending and not allowing the USD to rise too much or too quickly, as this tends to demolish weaker currencies, stampeding the herd.

But now it’s time to suck in global capital by raising rates, and let nature cull the herd. The number of pundits announcing that the Fed will never raise rates, that the Fed can’t raise rates because the precious Billionaire’s Bubble would burst and the Fed would never, ever, ever let its precious Billionaire’s Bubble burst, is legion. But they’re wrong, alas, for thr Fed’s job isn’t to enrich billionaires, it’s to maintain the confidence of the herd in the USD.

The precious Billionaire’s Bubble is already bursting, and all those profiting from the bubble expanding are pawing the ground nervously, afraid of being picked off by lurking predators.

Choose one, but only one: you can’t defend the Billionaire Bubble and the USD / Empire. Come on, it’s not that difficult a decision, is it? What matters more, maintaining global hegemony or phantom wealth?

The Empire is striking back, protecting what really counts, and the Billionaire Bubble sideshow is folding its tents. Best to take your prizes home before it rains.

My new book is now available at a 20% discount this month: Global Crisis, National Renewal: A (Revolutionary) Grand Strategy for the United States (Kindle $8.95, print $20). If you found value in this content, please join me in seeking solutions by becoming a $1/month patron of my work via patreon.com.