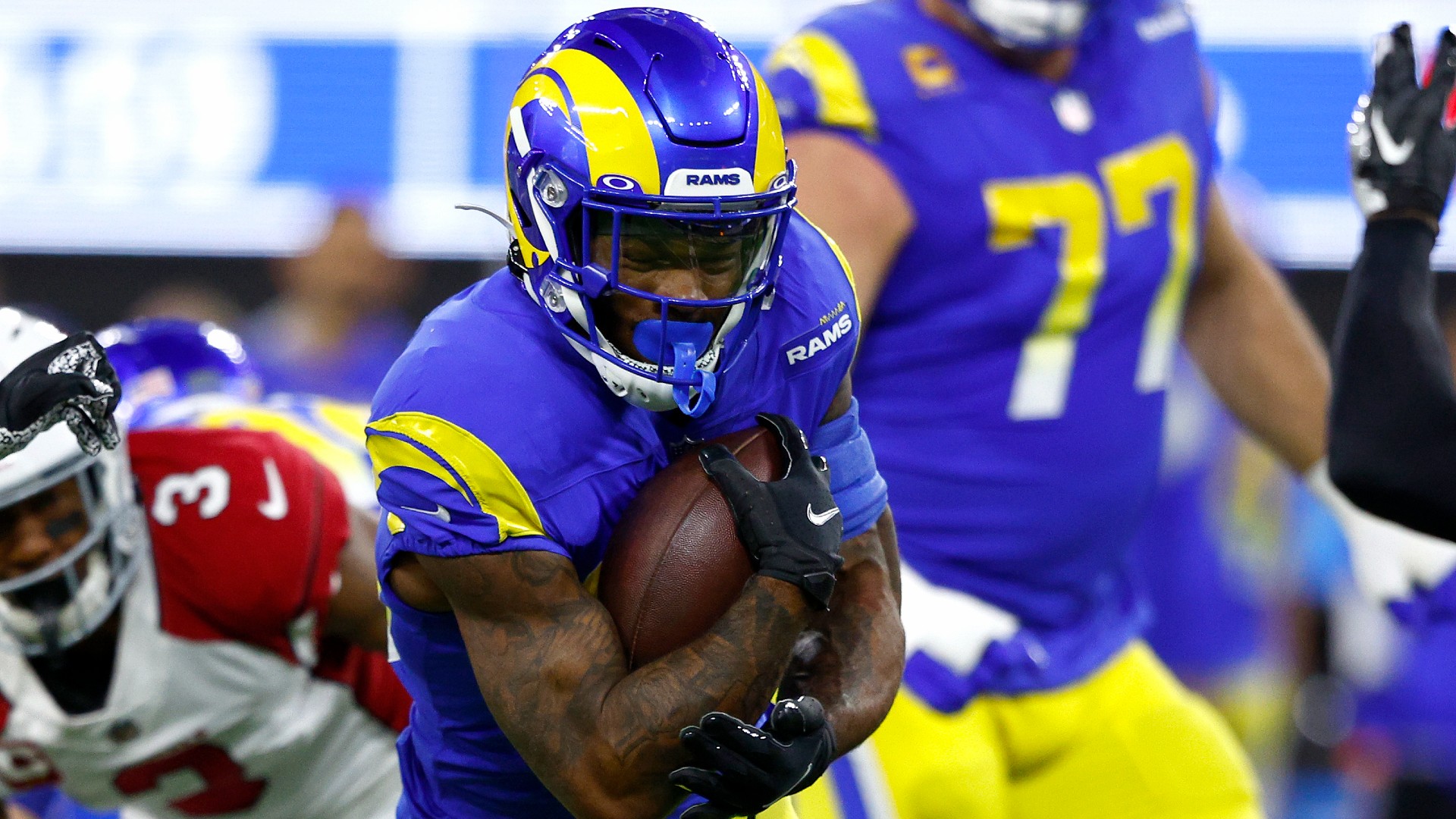 Rams running back Cam Akers and Cardinals safety Budda Baker were involved in a brutal collision during the third quarter of Los Angeles’ 34-11 wild-card win Monday. Baker suffered a head injury on the play and appeared to be unconscious after Akers’ helmet incidentally glanced off his.

However, that didn’t stop Akers from taunting Baker a bit after the play. Akers walked by Baker and gestured toward the safety with his right hand. That drew the attention of some Cardinals and started a mini shouting match during what was a chippy second half of play.

While Akers was defensive for a moment after his taunt, he appeared more contrite as Baker remained on the ground. Akers was seen shaking his head and took a knee on the field while Baker was stretchered off and taken to a local hospital.

Though his post-hit move certainly didn’t look good, Akers took to Twitter on Monday night to clear the air and explain what happened. He also wished Baker well in his recovery from an apparent concussion.

Prays up to Budda 🙏🏾 . I didn’t know he was hurt after the play but I have nothing but respect for him .

Akers’ explanation checks out. He wouldn’t have seen Baker go limp, as he ran past the Cardinals safety after their collision. He turned around quickly and made the gesture to Baker before he would have had time to realize what happened.

Akers also knows what it’s like to suffer a significant injury. He tore his Achilles in late July and was expected to miss the 2021 NFL season and 2022 NFL playoffs as a result. However, he made a miraculous comeback and returned for the Rams’ regular-season finale against the 49ers. His outing against the Cardinals was just his second of the season.

We’ll see if Baker responds to Akers’ well wishes. Baker tweeted that he was “doing good” as of Tuesday morning. The Cardinals previously reported that he has feeling and movement in all his extremities.

Thank you all for the prayers. I am doing good 🙏🏾