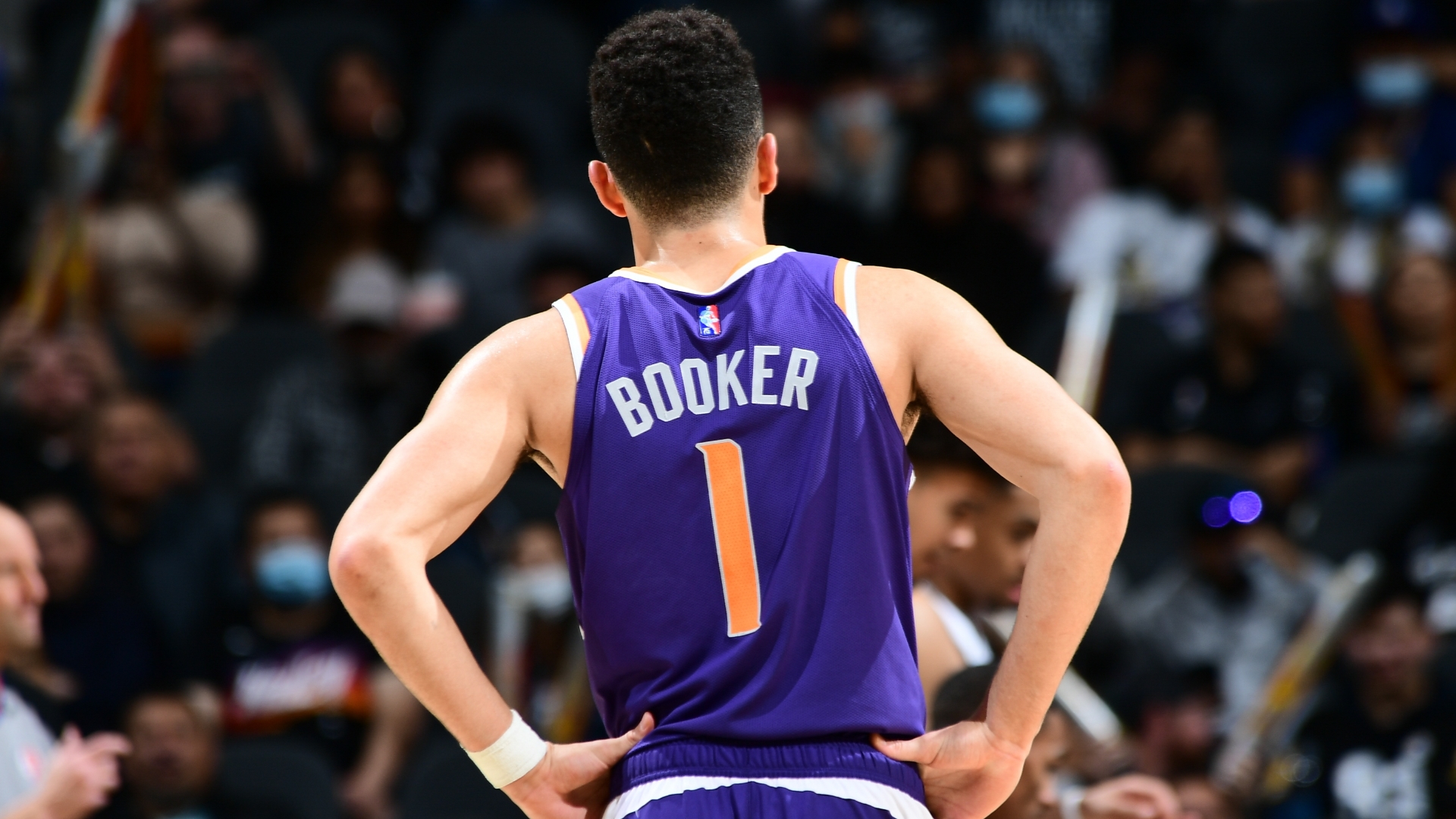 NBA All-Star voting season is upon us!

With NBA All-Star voting tipping off on Christmas Day, fans now have the opportunity to select the players they believe should start in the 2022 NBA All-Star Game set to be held in Cleveland, Ohio. When potential All-Stars deliver vote-worthy performances, we’ll be sure to bring that to your attention with our “NBA All-Star Moment of the Night” series to highlight those deserving players.

You can vote for your 2022 NBA All-Stars here, or find several other ways to vote here.

The league-best Phoenix Suns continue to churn out victories.

It’s been a team effort, but the play of Devin Booker has been a key factor in their success this season. On MLK Day, he erupted for a season-high 48 points while also dishing out six assists in the team’s 121-107 victory in San Antonio.

He started on fire, scoring 18 of the team’s 32 first-quarter points on 7-of-10 shooting from the field.

He dropped another 16 in the third period, helping the Suns survive the Spurs’ 35-point quarter. Over the final 17 minutes, Phoenix turned up their defense and flipped a 12-point deficit into a comfortable 14-point victory by outscoring the hosts 51-25 in that span.

Booker’s 48 points is a season-high, the fourth-highest tally scored by a player in the 2021-22 season so far, and is the fourth-highest on MLK Day. This is the 15th 40-point game of his career, tying him with Amar’e Stoudemire for the most in Suns franchise history.

This performance puts the 6-foot-5 shooting guard in a company of one.

Booker is fresh-off being named NBA’s Western Conference Player of the Week, having averaged 27.0 points, 4.3 rebounds and 3.3 assists over the previous three games.