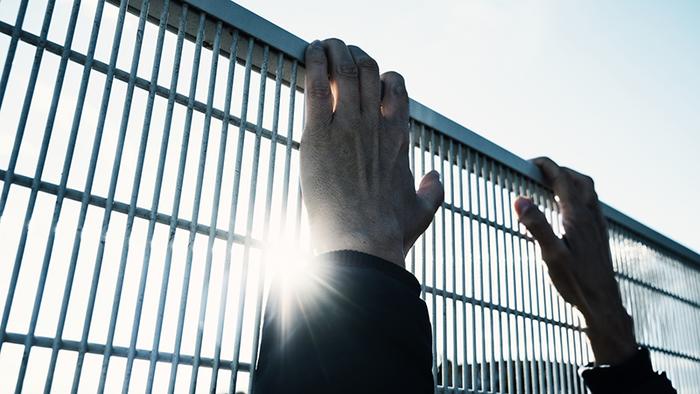 A national poll has found that forty-five percent of likely Democratic voters would be ok with the government “requiring citizens to temporarily live in designated facilities or locations if they refuse to get a COVID-19 vaccine.”

The figure was registered by Rasmussen Reports and the Heartland Institute, which also found that a MAJORITY “Fifty-nine percent of Democratic voters would favor a government policy requiring that citizens remain confined to their homes at all times, except for emergencies, if they refuse to get a COVID-19 vaccine.”

The survey also found that 48 percent of Democratic voters “think federal and state governments should be able to fine or imprison individuals who publicly question the efficacy of the existing COVID-19 vaccines on social media, television, radio, or in online or digital publications.”

Given that the benchmark for ‘questioning’ the efficacy of vaccines appears to now be saying anything other than what the government tells you, a lot of people would be facing criminal charges.

Wow. The majority of Democrats say they want every unvaccinated person to remain forcibly confined. https://t.co/ib9JgYOhp4

The survey found some other crazy suggestions with a startling percentage of Democrat voters in agreement.

Rasmussen notes “Forty-seven percent of Democrats favor a government tracking program for those who won’t get the COVID-19 vaccine.”

The pollster added that “Twenty-nine percent of Democratic voters would support temporarily removing parents’ custody of their children if parents refuse to take the COVID-19 vaccine.”

There’s no mass formation psychosis though. That’s a conspiracy theory.

The notion of COVID camps may seem far fetched, but as previously noted, it was discussed in a COVID-19 planning document called Interim Operational Considerations for Implementing the Shielding Approach to Prevent COVID-19 Infections in Humanitarian Settings and was originally published on the CDC’s official website on July 26, 2020.

COVID quarantine camps are also in operation in Australia.

[ZH: and for some added color… a thread by Twitter user @Partisan_O appears to perfectly describe the mindset going on…]

1. I’ve told this story before, but just before the pandemic hit I was at a fancy dinner party in a foreign country surrounded by some of the world’s best and brightest. We began to openly speculate about the impact the virus would have on the United States…

Even in those days we knew the virus would be particularly deadly for the elderly, and so after verbalizing this concern, a colleague- who has since gone on to have an impressive career in a prestigious field- scoffed...  He reminded me that the most susceptible were undoubtedly old, white Americans from “places that voted for Trump,” and that their disappearance would do more for the country than attempts to prolong their lives. His comment was warmly received by several others.

I was taken aback and didn’t have much to say after that, but I’ve never forgotten that conversation and how it felt to listen to someone so educated and advantaged display such contempt for the people from back home- my people. Words aren’t violence, and we all say things we regret. But there is a dangerous misanthropy masquerading as virtue among our global elite that is difficult for everyday people who still value those old bonds of national unity to fathom.

I no longer believe these kinds of people can be reasoned with or moved by compassion– especially when most are a million miles away from you and your troubles. I think the best course of action is to recognize them for what they are and insulate yourself from their malice…

This growing divide in our country is often demarcated along class lines- but there is also a growing conflict between those who still believe in nations and peoples, and those who want to see such things dissolve and disappear into the pages of history… I still believe in nations and peoples, and I am increasingly convinced that the only way we will be able to overcome our adversaries is by rekindling those old bonds of national unity that have united Americans for generations…

We are the inheritors of a noble legacy and the guardians of the most powerful symbols of independence and freedom on earth. I think we can all do more to remember that inheritance, and unashamedly remind our adversaries that they are at their core, anti-American.