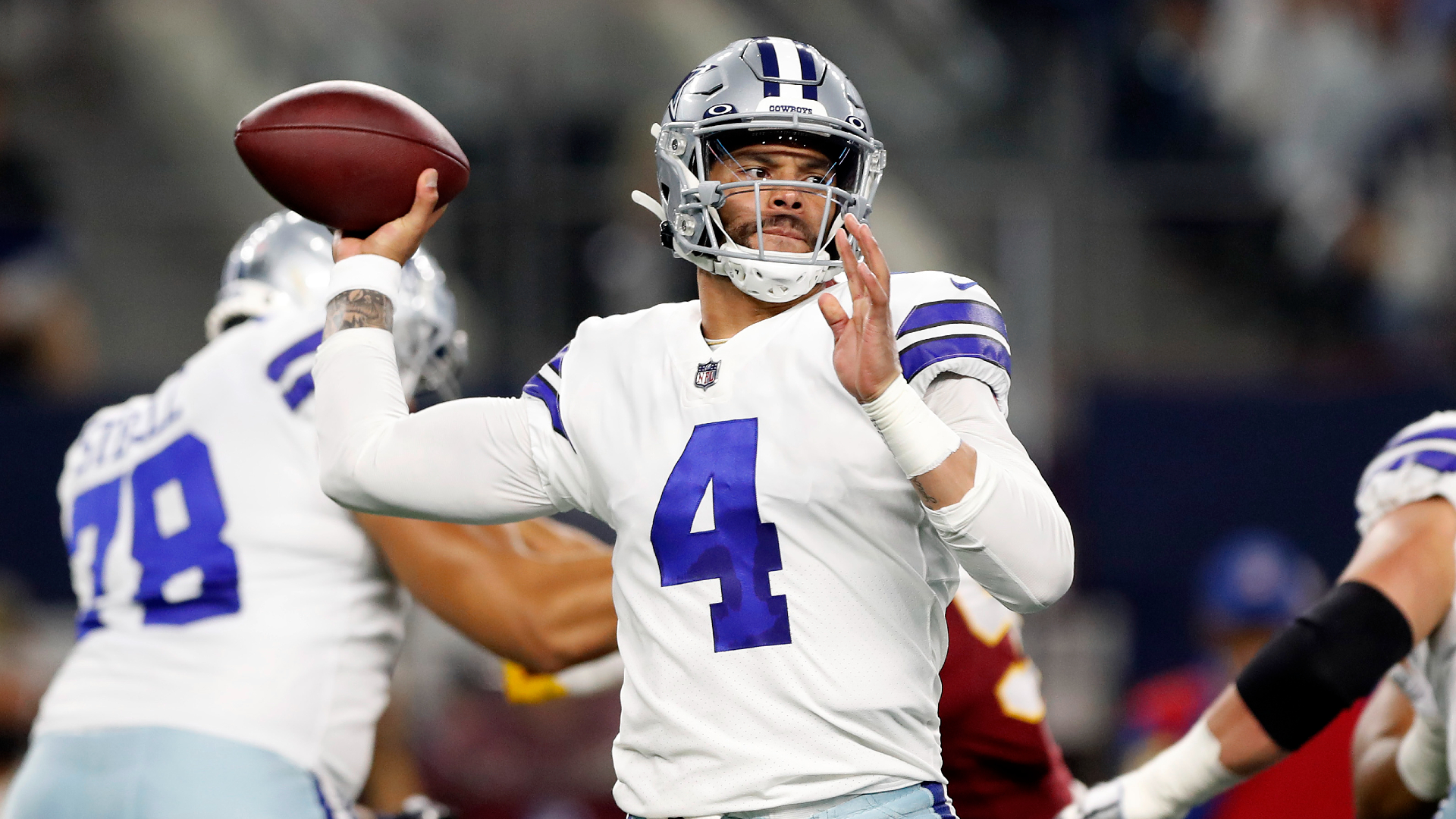 The Cowboys were outplayed by the 49ers in their frustrating 23-17 home NFC wild-card playoff loss Sunday. But Dallas didn’t do itself any favors, either, with a sloppy performance that went against all its strengths from a 12-5 regular season.

While the No. 6-seed 49ers advanced to play the No. 1-seed Packers in the divisional round, the Cowboys will wonder for a long time why they fell short of the Super Bowl for a 26th consecutive year, this time under coach Mike McCarthy.

MORE: What happened on the final play of 49ers-Cowboys, explained

There were high expectations that Dallas could challenge Tampa Bay and Green Bay for the conference championship this year. Instead, the team will have to settle for winning the weak NFC East and having nothing else to show for it.

The biggest disappointment was the fact that quarterback Dak Prescott and the defense didn’t provide enough of the big plays that were frequent in 2021. After leading the league in enforced penalties against them (127, more than seven per game) in the regular season, the Cowboys doubled down on their lack of discipline in the playoffs, with the 49ers accepting 14 penalties for 89 yards.

Here’s a look at how it all went wrong for the Cowboys, one key element at a time:

Dak Prescott: Under pressure and pressing

The Cowboys stay on point when they aggressively spread the ball around in the passing game, but Prescott needs get into a rhythm with all of his receivers. Top wideouts Amari Cooper, CeeDee Lamb and Cedrick Wilson were targeted a combined 25 times against the 49ers; only 12 turned into receptions. Lamb was a non-factor in the passing game with only one catch as the 49ers’ coverage focused on him most.

Prescott did get going in the second half as threw a lot to tight end Dalton Schultz, but that was a sign the 49ers’ cornerbacks were winning their tough matchups. Dallas didn’t hit on any of the downfield shots it needed to complete.

The offensive line was pushed around and Prescott had to rush throws or buy time out of the pocket. Left guard Conor Williams remained a liability and led the penalty onslaught. Right tackle La’el Collins didn’t get a break until 49ers end Nick Bosa (concussion) was knocked out of the game. Prescott was sacked five times as his team consistently operated behind the chains. He felt like he needed to do too much and was all over the place with some passes.

Dallas is getting long in the tooth at its best positions on the front five — see left tackle Tyron Smith and right guard Zack Martin — and it needs to focus on upgrading from Collins and Williams (who is a pending free agent). The unit has also struggled to open holes in the running game, which, in turn, has put a greater onus on Prescott to be sharp with his passing and do a lot of the rushing dirty work.

Prescott’s arm and athleticism place him in special company, but he still needs personnel help and greater balance in play-calling to be at his best. The Cowboys didn’t adjust well enough to what the 49ers were doing until it was too late. Being so one-dimensional and predictable vs. such a versatile and multiple opponent doesn’t turn out well in the playoffs.

The defense: Losing up front

While Prescott took those five sacks, running backs Ezekiel Elliott and Tony Pollard combined for only 45 yards rushing on 16 carries. In contrast, the Cowboys didn’t drop Jimmy Garoppolo once with linebacker Micah Parsons and the rest of their pass-rushers. They also allowed the 49ers to rush for 169 yards and two touchdowns. Garoppolo needed to pass for just 3 more yards than that to win.

Defensive coordinator Dan Quinn got a lot out of a deep line rotation in the regular season, but whoever was in the Cowboys’ front four Sunday got manhandled. The unit also mixed in rare penalties such as defensive holding on a run play and illegal use of hands to the face. Demarcus Lawrence and Randy Gregory had good seasons on the edge, but the top three tackles — Neville Gallimore, Carlos Watkins and Osa Odighizuwa — were weak points and the 49ers smashed them with their interior blockers.

The Cowboys are built to play complementary defense, to pin their ears back and go after the quarterback from many looks with Parsons leading the way from the second level. Cornerback Trevon Diggs has a nose for takeaways, but he was also burned plenty this season as he needed to cover for too long. Dallas was 16th in rushing yards allowed per game, but the 4.5 yards per carry allowed was tied for eighth-highest.

When it comes to passing, pass-rushing and pass coverage, and the Cowboys are in good spots. But those assets don’t mean much when the basics of “run the ball” and “stop the run” are not even in play. The defensive side of the trenches also needs upgrades, with Watkins and Gregory also unsigned for 2022.

Parsons and Diggs were such dominant game-changers, it was easy to forget that their flash covered up many of the Cowboys’ substantial personnel issues at other key positions.

The discipline: Yellow and white flags

The Cowboys put together a dominant tuneup performance in Week 18 with Prescott starting against the Eagles. They seemed ready, in the sweet spot between rest and rust, to turn in a complete, methodical effort against the 49ers. They delivered the opposite of that.

Racking up penalties is the surest sign of being unprepared for a game. There were a lot more mental and physical mistakes in key situations. That’s on Quinn, offensive coordinator Kellen Moore and, of course, McCarthy, who suddenly went from secure at the end of Year 2 to wondering a little for Year 3.

Kyle Shanahan’s 49ers were several steps ahead; they anticipated the Cowboys’ game plan and did everything to rip holes in it. The Cowboys got caught in countermeasures. They got more tentative, and there were shocking breakdowns on the smallest of plays.

The worst moments, the ones that cost the Cowboys a comeback, were back-to-back plays late in the third quarter when Dallas trailed only 16-7. Prescott threw a questionable, desperate pass into coverage on second-and-28 that turned into an easy interception for 49ers cornerback K’Waun Williams. One play later, wide receiver Deebo Samuel weaved untouched through the Cowboys’ defense for a 26-yard TD run.

That sequence summed up the afternoon. Prescott was stuck in a unfavorable situation after a wide receiver’s penalty for an illegal low block and a subsequent sack. Trying to slow Samuel, the Cowboys were blown off the ball up front and got lost and out of position in the back seven.

Was it Prescott? The defense? The penalties? A weak resume inside the division? The play-calling? McCarthy?

Yes to all of that. There were several reasons for the Cowboys failing and falling a touchdown short. They have a lot more work to do and many key decisions to make in the offseason to come back stronger and get over the divisional playoff hump.