The Johnson government has had an uncanny ability to weather political storms since taking power back in 2019.

The number of scandals and controversies the prime minister and his party have experienced which would have brought most other leaders tumbling down is quite incredible – especially when considering that up until recently, the tories had been comfortably and consistently ahead in the polls.

Signs of this luck beginning to run out have started to show, however. The revelations regarding non-covid regulation conforming gatherings and parties have made their presence felt in the polls, with Labour pulling ahead in a series of voting intention surveys. While these snapshots of public sentiment may not yet concern the prime minister too much, another metric may be of more concern. 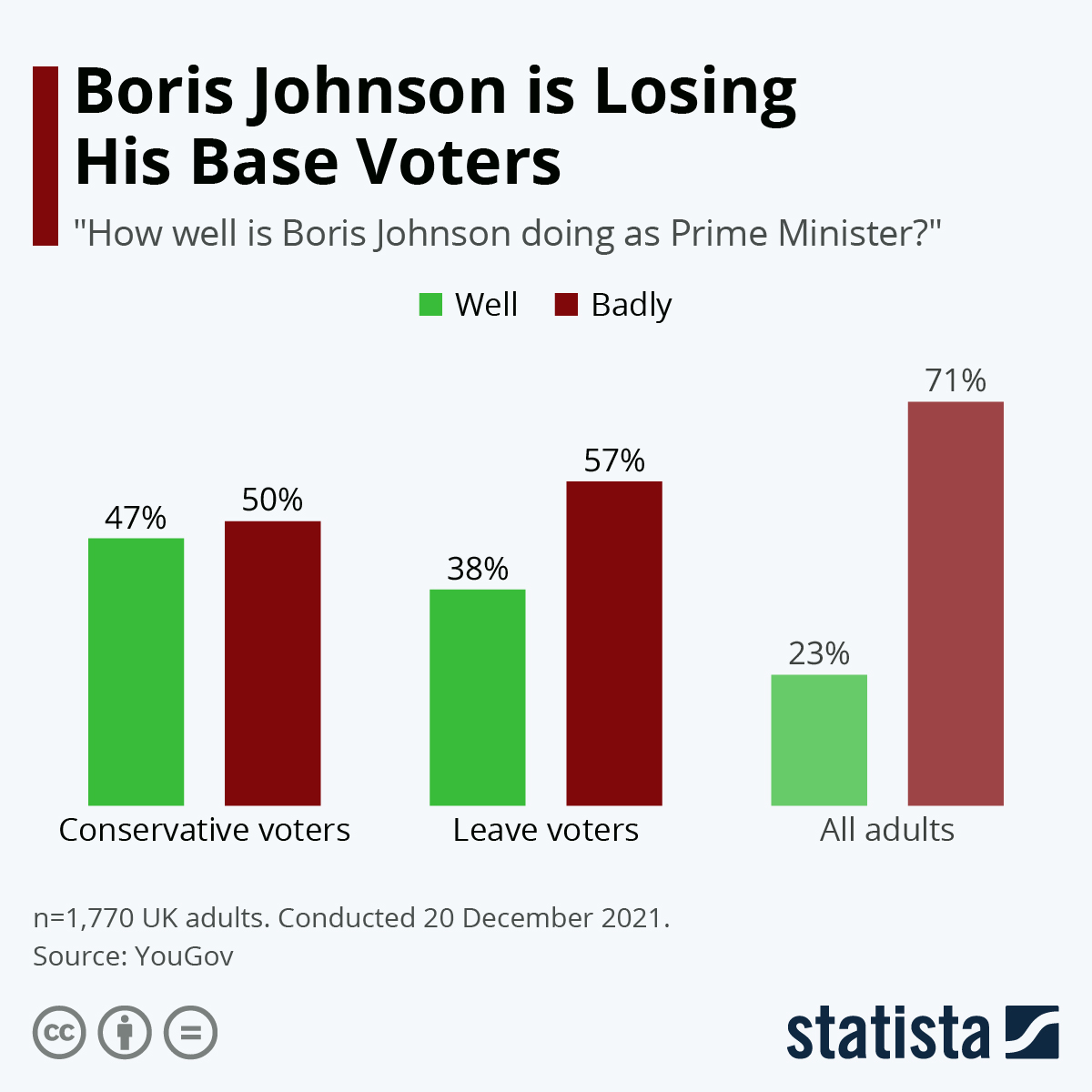 As a YouGov survey shows, the share of those who voted Conservative in 2019 that think Johnson is doing well as prime minister has dropped dramatically since September. Now down at 47 percent, the lowest of Johnson’s time in office, the share of tories saying the PM is doing badly is now also higher for the first time, at 50 percent.

Another key element of Johnson’s base, ‘Leave voters’, are even more damning – just 38 percent say he is doing a good job, 57 percent are not satisfied.