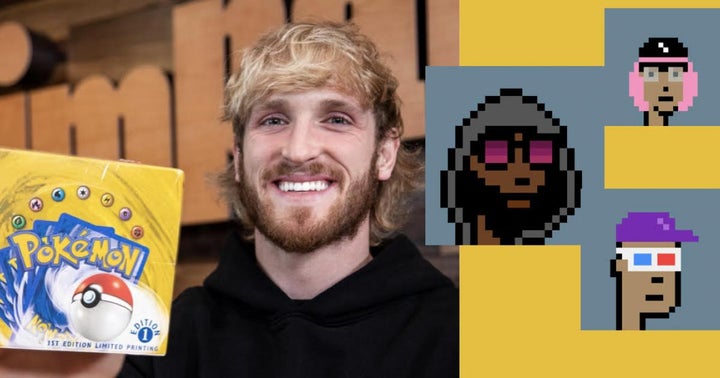 It was revealed this week that celebrity influencer Logan Paul, who paid $3.5 million US Dollars for a box of what was supposed to be rare Pokèmon cards, was scammed when they turned out to be a box of worthless G.I. Joe cards. The scam sent ripples through the card collecting and investing communities, and demonstrates how NFT collecting is, yet again, a safer way to invest in valuable assets.

Paul revealed he was scammed in a YouTube video that was released on January 13th, saying that after he paid for the box of cards he flew to Chicago to see them in person. But when he got there, he found that they were fake. When he announced that he purchased the cards, online collectors warned that the box was likely a fake and that, until seeing the cards for himself, it would be a red flag that he was getting scammed.

After he realized that the cards were fake, Paul recounted several red flags in the transaction that should have alerted him to the fact that he was being scammed. Each red flag, like the authentication process and the identity of the seller, could have been easily verified on the Blockchain had Paul been purchasing a $3.5 million Dollar NFT instead of a box of supposed Pokèmon cards.

What makes NFTs different from any other form of asset investment is the ability to instantaneously authenticate both the product and the identity of the seller, while still allowing the seller themselves to remain anonymous if they desire. When you purchase an NFT you can check the history of the product and any previous transactions right on the wallet of the holder.

For an NFT like a Bored Ape, for example, you can easily verify where the seller purchased it from and even track it back to the account that minted it originally. Doing that could save you potentially millions of dollars if the Bored Ape is a fake. It’s pretty easy to check the validity of an NFT by simply cross checking the token ID between the one you want to buy and the original collection.

Since Bored Ape NFTs are sold out from the original mint, you’d have to get one on OpenSea as well, making it even easier. By looking at the verified collection on OpenSea, you can easily find available, authentic Bored Ape NFTs that are for sale.

For NFT sellers, Blockchain also makes it easy to verify that a buyer not only has the money for a sale, but that the money is authentic and not counterfeit. Since wallet information is public, trading platforms like OpenSea can verify in seconds that a buyer has the money for an asset readily available. Rather than going through a bank, sales are authenticated in real-time using Blockchain technology to make the transaction.

While Logan Paul likely knew the risks in purchasing something that couldn’t be authenticated online, that doesn’t mean that all investors will. Paul, who owns NFTs himself, has long been a supporter of the value that Blockchain and NFTs bring to the asset investment world. NFTs are a safe and easy way to invest in assets, become part of a community, and build communities and projects that you really believe in. Even though after Logan Paul’s mistake, thanks to him and some celebrities and entrepreneurs like Gary Vee and Mark Cuban, NFTs grew exponentially.

For Bruce Pearl to march from No. 1 Auburn to the head coaching job at Louisville would be madness