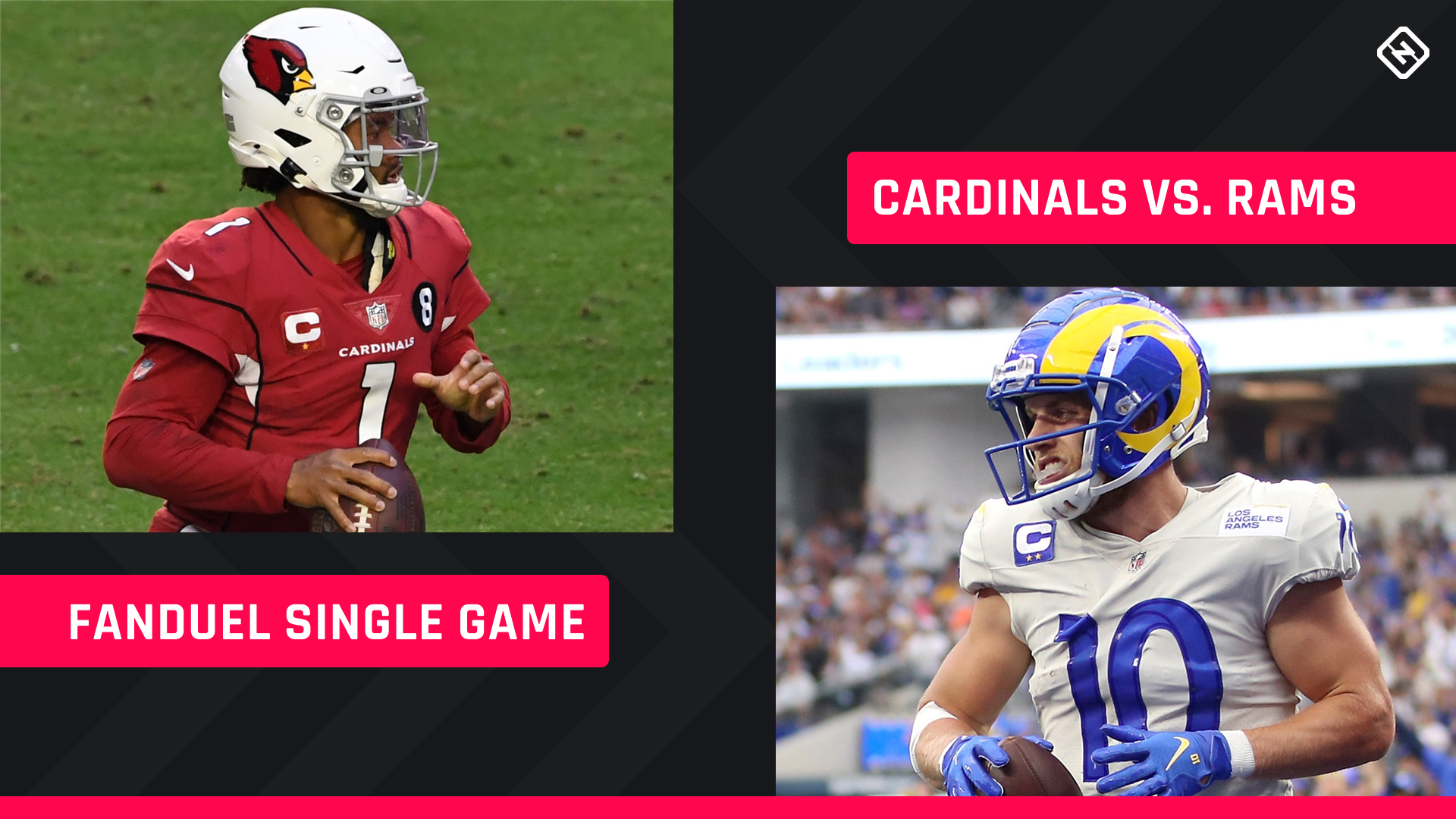 The Cardinals and Rams battle in an AFC West rematch in this Monday night playoff showdown, as two No. 1 overall draft pick QBs battle for their first career playoff win. To go along with the two stud QBs, we have highly productive RBs and volatile receivers on both sides. Our FanDuel single-game tournament lineup features the top two most expensive (and chalkiest) picks, so we’ll have to take a risk elsewhere to give us some differentiation for DFS tournaments.

The Cardinals offense hasn’t been quite the same since injuries DeAndre Hopkins (knee) and the running backs have slowed it down, but Murray still has four 21-plus FD performances in his past eight games with a high of 30.82. His upside rivals any QB in the league, whether he puts up a huge passing stat line or rushes for a touchdown or two. The Rams are the toughest defense against QBs, but Murray finished with just around 20 points in both matchups during the regular season.

We don’t need to sell you on Kupp, but it’s worth noting we’re playing him “naked” without Matthew Stafford. Would anyone be shocked if Kupp has another monster day but Stafford turns the ball over a few times? That’s the idea here, and most people with be playing Kupp with Stafford, so if that plays out, we’ll have a unique lineup.

Conner and Chase Edmonds (ribs, toe) are evidently competing to see who can be more injured, but for now, Conner is the healthiest of the two. He’s scored in double-figures 11 times this season, and especially if Edmonds is limited, Conner has plenty of opportunities to smash in this spot. He isn’t quite as reliant on receiving production, and since this is half-PPR scoring, we view him as “safer.”

We’re taking a strong gamble with Skowronek since he only has a high of 6.3 FD points this season, but if he has anywhere close to 10 fantasy points, he could pay off in this lineup with expensive studs. He has to do just enough to not fall completely flat in a favorable matchup for WRs to be a viable play. Sometimes, winning lineups are merely the result of unexpected opportunities from injuries or other factors, so we’ll sign up to take that chance.

Green has only averaged 5.6 FD points over his past three games, but he’s another player who’s desperate for his first career playoff win, and we’ll roll the dice for a vintage AJG performance. If Murray and the Cardinals’ offense is rolling, you’d have to think Green will be heavily involved.