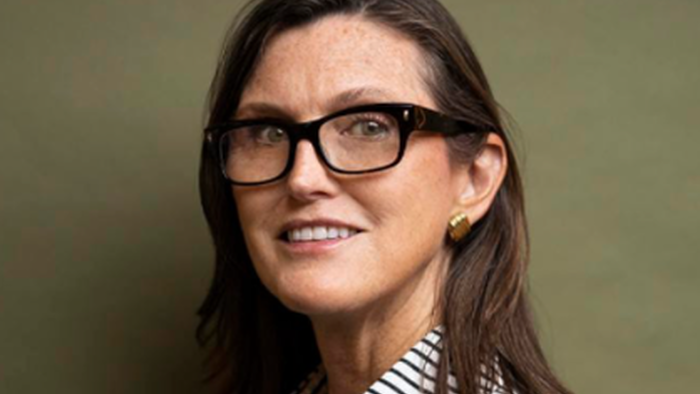 In fact, ARKK saw $352 million exit from the fund on Wednesday, according to Bloomberg, before the fund plunged again on Thursday, trading with a $79-handle for the first time in over two years.

If outflows from the fund continue, questions may start to arise about how much of a self-fulfilling prophecy selling in the fund’s tech names can become.

The plunge in the ETF continues the fund’s record drawdown that we noted last week.

Recall, back on December 21, Zero Hedge contributor Quoth the Raven noted that Wood had backtracked on estimates of returning 40% per year, for the next 5 years. She said in mid December that “innovation stocks” were in “deep value territory” and she estimated specifically that her “flagship strategy” could deliver “a 40% compound annual rate of return during the next five years”.

Then, she changed the language in her blog post and realigned her expectations from “40%” to “30-40%” and added a lot of qualifier language, not the least of which was directing the return expectation away from their “flagship strategy” and onto a vague benchmark of ARK Invest, in general.

“If the luster wears out for ARKK names or we see a tech wreck, as I have predicted might happen, there’s no doubt that Wood’s “Innovation Fund” will wind up facing more volatility, possibly disproportionately,” we wrote in December. It looks like that is the case, at least for the start of 2022 thus far.

Wood said back in early December 2021 that she was “soul searching” as a result of her flagship fund’s underperformance. At least that’s what she told Bloomberg last month:

Ark Investment Management is “going through soul-searching” as its growth-focused funds fall out of favor amid expectations of tighter Federal Reserve policy, said founder Cathie Wood.

In an interview with Bloomberg in December, Wood also said: “I’ve never been in a market that is up — has appreciated — and our strategies are down.”

She continued: “When we go through a period like this, of course we are going through soul-searching, saying ‘are we missing something?’”

Dear Cathie, perhaps a better question might be: “Are we missing everything?”