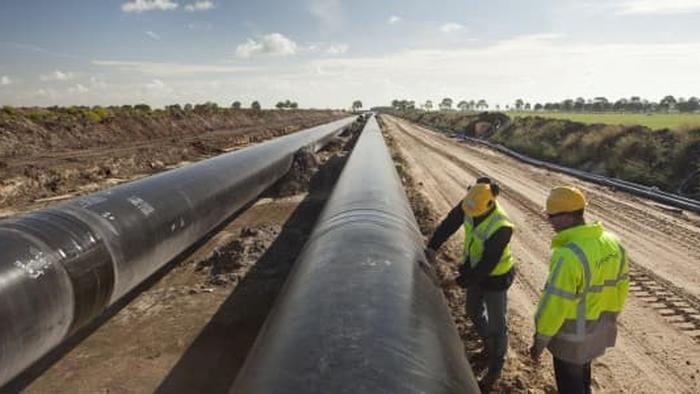 
Authored by Charles Kennedy via OilPrice.com,

Residents in the Groningen area in the Netherlands have voiced their anger at a plan by the Dutch government to potentially double this year production from the Groningen gas field, which has been hit by earthquakes in the past.

The Dutch government said on Thursday that it might need more gas to be pumped at Groningen, once Europe’s biggest gas field, which the Netherlands has pledged to phase out this decade after frequent earthquakes in the past damaged homes in the area.

After years of debates and measures to curb production at the field, the Dutch government decided in 2018 that output at Groningen would be terminated by 2030, with a reduction by two-thirds until 2021-2022 and another cut after that. The authorities had already limited production from the field because of the earthquakes, but they decided in 2018 that the risks and costs were no longer acceptable.

Now the government says that more gas needs to be extracted from the Groningen gas field in 2022 to ensure supply because of long-term export contracts with Germany and a delay in the commissioning of a facility in the Netherlands to treat imported gas for use for Dutch households.

The government is expected to make a final decision by April 1 on how much gas will be extracted from Groningen this year.

“I realize it really is a disappointment for people in the quake region that it has indeed proved necessary to extract more gas,” Dutch Economic Affairs Minister Stef Blok said on Friday, as carried by Associated Press.

The Groningen Earth Movement, a group of residents who have suffered damages from earthquakes, slammed the plan for more gas extraction at the field.

The Ministry of economic affairs and climate policy is playing with the safety of people in Groningen, the movement said, adding that “a government should not and cannot treat the safety of its citizens so lightly.”