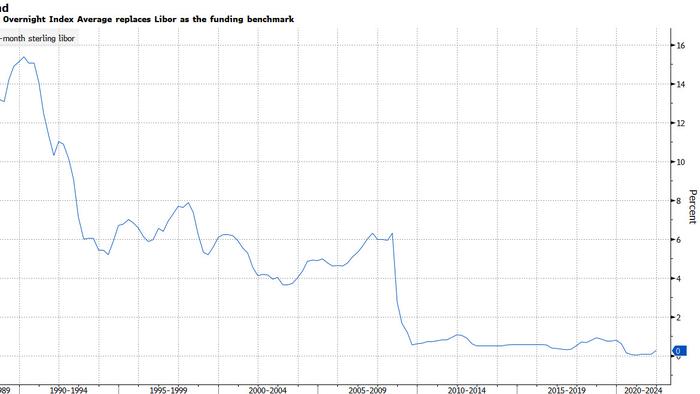 
By William Shaw and James Hirai of  Bloomberg

It took billions of dollars, thousands of staff and countless work hours, but the transition from Libor worked, with market participants in London reporting a smooth exit from the discredited reference rate.

Extensive preparations by banks, lawmakers and regulators meant the end-of-year shift away from sterling Libor in particular suffered few problems –at least for now.

There was also little immediate sign of difficulty for euro, yen or Swiss franc Libor, which also retired on Dec. 31.

“The sterling Libor transition has gone smoothly by and large — it was also one the currencies that transitioned the earliest,” said Antoine Bouvet, a strategist at ING Groep NV.

Coskun Kilic, a fixed income broker at Kyte Broking Ltd., saw no adverse affects when he turned on his screens on Tuesday. He added that Libor and its main U.K. replacement, the Sterling Overnight Index Average, effectively traded interchangeably already. “Liquidity is not as great in Sonia but I’m sure it will improve.”

There have been warnings about turbulence in the weeks ahead as liquidity drains out of the Libor market. And the real test may come when interest payments become due on U.K. bilateral and syndicated corporate loans linked to replacement rates, according to James Lewis, a partner at KPMG UK.