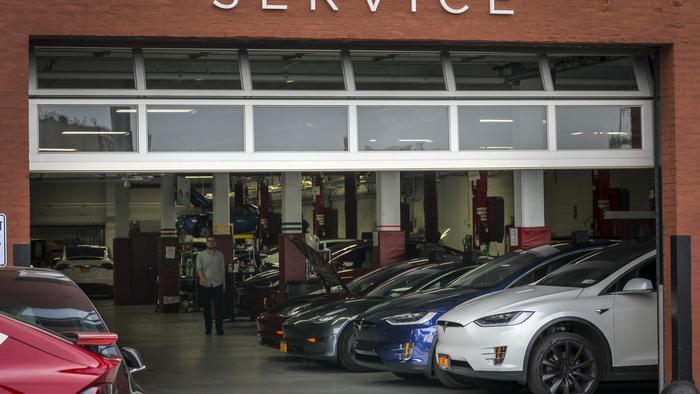 
Tesla shares are volatile in pre-market trading on Thursday after the company announced a recall for what amounts hundreds of thousands of vehicles.

The latest quality control issue stems from opening and closing the trunk lid that may damage the rearview camera cable harness and increase the risk of a crash. Tesla filed a recall with the National Highway Traffic Safety Administration (NHTSA) on Dec. 21 for 356,309 U.S. vehicles that could be prone to wiring harness damage, reports on Thursday morning revealed.

There was also a recall of 119,009 2014-21 Model S U.S. vehicles that had a front trunk latch assembly possibly misaligned, preventing the secondary hood latch from engaging.

For years we’ve covered the countless quality control issues some Tesla owners have reported, to the point that it has now become clear that the high-tech EV carmaker with a $1 trillion market cap has had an awful lot of trouble manufacturing its flagship car that has created a cult following.

Some owners have reported bumpers ripping off in adverse weather conditions, roofs flying off, and trim and paneling not lining up, among many other defects.

The recalls mark a sizeable percentage of Tesla’s total vehicles sold as a company, which stood close to 2 million vehicles as of Q4 2021.

Considering all of the other defects, many of which we’ve noted this year, the recalls are concerning.

For example, Car and Driver lambasted Tesla over the summer. They said Tesla Model S, Model 3, and Model Y were “hampered by quality problems” and said “the cruise control system on the Tesla Model Y abruptly stopped working with no warning.” Sharon Silke Carty, Car and Driver’s editor-in-chief, told CNN: “All of a sudden I was going 30 in the middle of the highway.”

CNet and Consumer Reports have also trashed the Model Y for quality issues.

Meanwhile, as the company’s cars continue to fall apart, Tesla has been dealing with other issues, like disabling drivers’ abilities to play video games while driving. Tesla also had to tell the National Highway Traffic Safety Administration last week that it was issuing a software update to lock its game features while cars were being driven.

The company sure is doing a lot of communication with the NHTSA, isn’t it?

For additional laughs, just days ago, we also noted that Wedbush said Tesla was in a “clear position of strength” as an EV manufacturer. We wonder if they worked 475,000 vehicle recalls into their model before hiking their price target to $1,400.