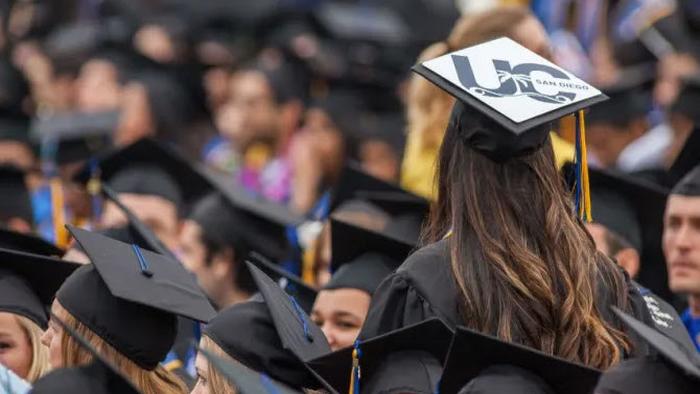 Once again, president Biden collapses under pressure from AOC, Elizabeth Warren, and the Progressive Caucus.

Another Wilt Under Pressure

“Today, my Administration is extending the pause on federal student loan repayments for an additional 90 days — through May 1, 2022 — as we manage the ongoing pandemic and further strengthen our economic recovery,” Biden said in a statement, noting that the Department of Education will “continue working with borrowers to ensure they have the support they need to transition smoothly back into repayment and advance economic stability for their own households and for our nation.”

“This is an issue Vice President Harris has been closely focused on, and one we both care deeply about,” Biden said, urging student loan borrowers to “take full advantage of the Department of Education’s resources to help you prepare for payments to resume; look at options to lower your payments through income-based repayment plans; explore public service loan forgiveness; and make sure you are vaccinated and boosted when eligible.”

Last week, the Biden administration signaled that they still planned to resume federal student loan payments at the end of January, rejecting a push from progressive Democrats to extend the pandemic relief program.

Asked last week whether Biden intended to extend a payment freeze that’s poised to expire in February, White House press secretary Jen Psaki said the administration has no plans to do so and is instead focused on ensuring a “smooth transition back into repayment.“

Schumer, Warren and Pressley also called on Biden to cancel $50,000 in outstanding federal debt per borrower via executive order. The Democrats have maintained that Biden could use existing executive authority under the Higher Education Act to order the Department of Education to “modify, compromise, waive or release” student loans.

Merry Christmas, student loan borrowers. Taxpayers will have to settle for airing their grievances a la Festivus. That’s the result of the Biden Administration’s decision on Wednesday to extend its payment moratorium again to May 1. Unlike its last pause through January, the Administration isn’t saying this extension is final—probably because it’s not.

The Cares Act in March 2020 relieved borrowers from making payments on $1.6 trillion in federal student loans and waived interest accrual through September 2020. President Trump extended the pause through January despite no legislative authority to do so. Mr. Biden compounded the injury to taxpayers and the separation of powers by extending it through this September.

Over the summer the Administration resisted progressive pressure for another extension. But it ultimately surrendered, as it did with the Centers for Disease Control and Prevention’s rental eviction moratorium.

Senate Majority Leader Chuck Schumer and Massachusetts Sen. Elizabeth Warren want the Administration to discharge $50,000 per borrower, which would cost the government $1 trillion, according to the Brookings Institution.

Mr. Biden in January said he doubted he had the legal authority to erase student debt. But in the spring he asked the Education Department to conduct a legal analysis and then appointed Toby Merrill as the deputy general counsel. Ms. Merrill wrote a memo to Ms. Warren this year arguing that the President has the authority.

“With BBB delayed, Child Tax Credits will expire and student loans will restart within a matter of weeks. Working families could lose thousands of $/mo just as prices are rising,” New York Rep. Alexandria Ocasio-Cortez tweeted Monday. “That alone is reason for @POTUS to act on student loans ASAP – w/ either moratorium or cancellation.” Mr. Biden obliged.

Alexandria Ocasio-Cortez, the celebrated progressive, is very unhappy with Joe Manchin and the U.S. Senate these days.

“It is unconscionable the way the Senate operates. It’s fundamentally undemocratic,” she said Monday after Sen. Manchin had announced his opposition to the Build Back Better Act. “What we really need to do is crack down on the Senate, which operates like an old boys’ club that has a couple of gals in it that have managed to break through.”

If that’s how she really feels, here’s an idea: Run against Senate Majority Leader Chuck Schumer next year. The New York City Congresswoman has played coy for a year on a potential Democratic primary run. Why not finally drop the pretense and have the courage of her loud convictions?

Some might shudder at the prospect, but what difference would it make it this point? In January we wrote an editorial, “Schumer and His Shadow,” as the powerful Senator seemed to mimic every demand from AOC. He’s echoed her plan to forgive student loans and adopted more or less the entire progressive agenda. He supports blowing up the filibuster rule as does AOC. And he did it again Monday in calling for a Senate floor vote on Build Back Better as Ms. Ocasio-Cortez commanded.

She’s already the shadow Majority Leader, so she might as well try and make it official.

Biden is clearly under the thumb of Progressives.

Build Back Better was designed, written, and poorly executed by them and now hopefully has failed for good.

Elizabeth Warren appears to be in charge of Biden’s appointments, especially at the Fed.

Senate Majority Leader Chuck Schumer has morphed into a Sanders-AOC puppet, threatening him with a Senate run.