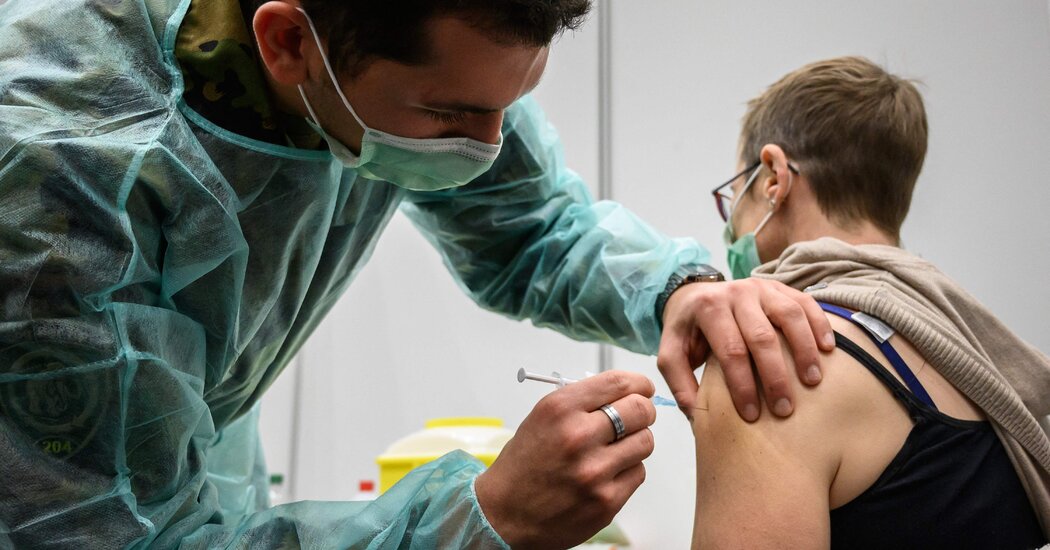 
A booster shot of the Moderna coronavirus vaccine significantly raises the level of antibodies that can thwart the Omicron variant, the company announced on Monday.

The news arrives as Omicron rapidly advances across the world, and most coronavirus vaccines seem unable to stave off infection from the highly contagious variant.

Moderna’s results show that the currently authorized booster dose of 50 micrograms — half the dose given for primary immunization — increased the level of antibodies by roughly 37-fold, the company said. A full dose of 100 micrograms was even more powerful, raising antibody levels about 83-fold compared with pre-boost levels, Moderna said.

Both doses produced side effects comparable to those seen after the two-dose primary series. But the dose of 100 micrograms showed slightly more frequent adverse reactions relative to the authorized 50-microgram dose.

The results are based on laboratory tests that do not capture the full range of the body’s immune response against the virus. Although vaccines may not prevent infection from the variant, they are expected to prevent severe illness in the vast majority of people.

The data have also not been published or reviewed by independent experts. Moderna said it was preparing a manuscript with the data that would be posted online.

The pharmaceutical companies Pfizer and BioNTech announced earlier this month that a booster shot of their vaccine also increased the level of antibodies against Omicron.

Moderna tested a third shot of several versions of its vaccine, each in 20 people. Before boosting, all the individuals had low levels of antibodies that can prevent Omicron infection. At Day 29, after receiving a third shot, the 50-microgram and 100-microgram doses of the current vaccine both sharply increased antibody levels.

The company also tested “multivalent” booster shots that incorporate mutations seen in the Beta and Delta variants, many of which are also present in Omicron. Those continuing trials each have 300 to 600 people enrolled in them. The 50-microgram and 100-microgram doses of the multivalent boosters increased antibody levels to similarly high levels, Moderna said.

Given how quickly Omicron is marching through the world, Moderna said, the company will focus its near-term efforts on extra shots of the original vaccine. It also plans to test a booster shot that is specific to the Omicron variant early next year and to include Omicron in a multivalent booster.

“To respond to this highly transmissible variant, Moderna will continue to rapidly advance an Omicron-specific booster candidate into clinical testing in case it becomes necessary in the future,” said Stéphane Bancel, Moderna’s chief executive officer.