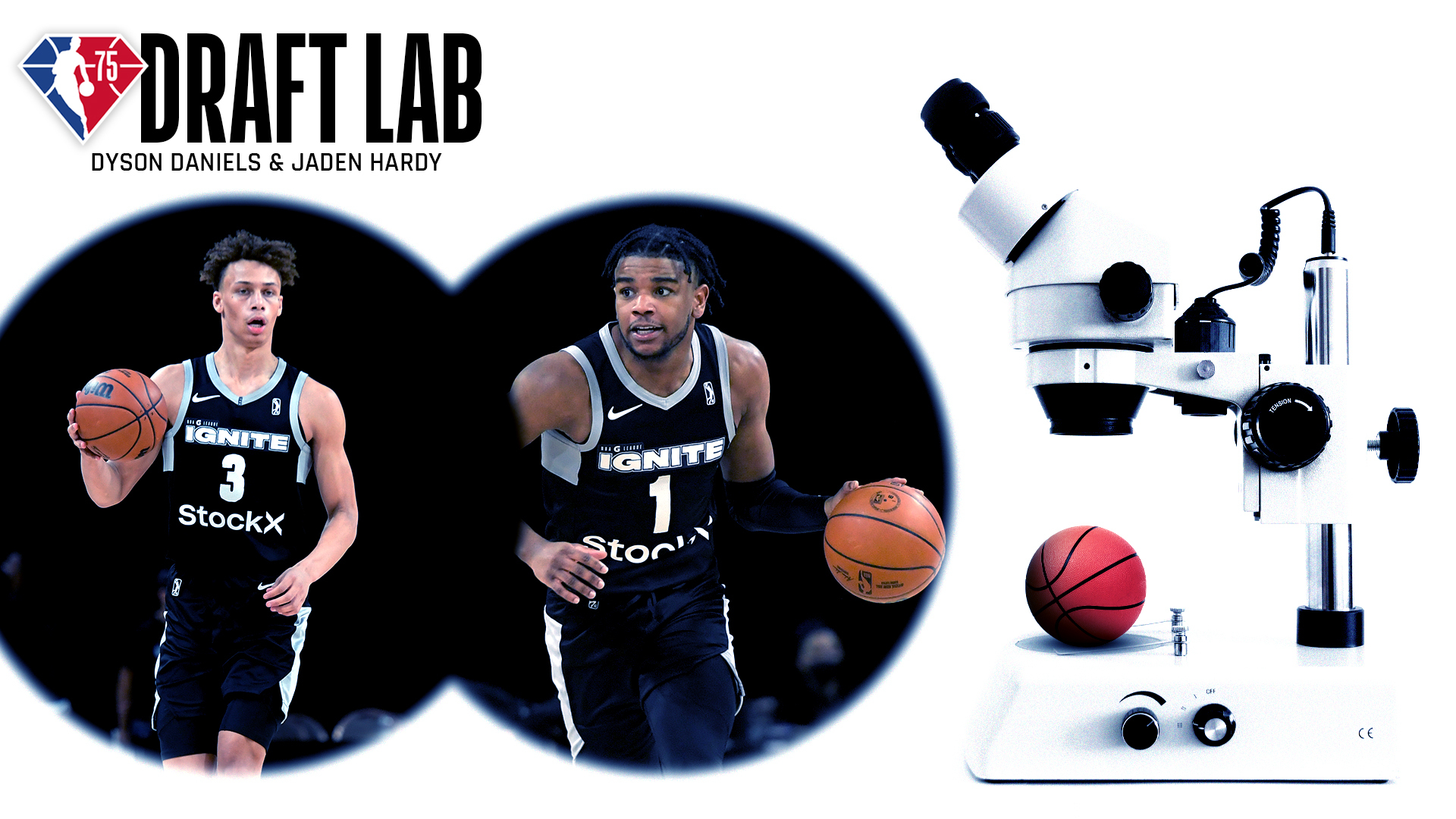 The G League Ignite just missed the cut to participate in the single-elimination G League Showcase Cup tournament, but the development team will still play two more games in front of NBA scouts, coaches and executives.

For veterans and NBA hopefuls, the G League Showcase Cup – which is set to tip-off on Sunday, Dec. 19 in Las Vegas – gives players the opportunity to prove they belong in the NBA. For the Ignite development team, it gives young prospects the chance to increase their stock heading into the 2022 NBA Draft.

The Ignite have a handful of players who are considered to be NBA prospects and they’ve been displaying their skills throughout the start of the G League season. Their two Showcase Cup exhibition games will be their last opportunity to make their mark on NBA brass before the pre-draft process begins in May.

So who are the Ignite’s prospects and what could they bring to an NBA team?

Hardy is a bursty combo guard with elite shot creation skills, flashing an ability to score from all three levels. He’s also a capable playmaker, making him one of the most well-rounded offensive threats in his class.

Efficiency hasn’t been a strong suit in his one G League season so far, but that is often a work-in-progress with young scorers. When he does get his shot to fall, though, it’s a pretty sight to see.

He has also shown his ability to change speed and direction, using that shiftiness to his advantage to get downhill and attack the basket, and he’s a crafty finisher around the rim.

The next step for Hardy in his development as a potential top-five pick is tightening up his handle, which will only make him more lethal as a shot creator and scorer.

Daniels is a wiry defender and slashing scorer who takes pride on the defensive side of the ball with quick hands and a ton of energy. His long arms, high defensive IQ and strong anticipation skills produce a ton of deflections, steals and blocks, leading the team with 22 steals on the season.

He’s a solid playmaker and has promising shot mechanics to one day become a consistent perimeter shooter, and we’ve already seen him become more confident in his jumper, attempting 3.5 3s per game this season.

In fact, Daniels even buried a game-winning 3-ball for the Ignite this past week.

The potential lottery pick is still a little bit stiff with his ball-handling and shot creation skills, but progression with his jumper will help in that area and he’s already a smooth finisher around the basket. Daniels has all the tools to be a two-way threat at the next level.

Foster has the body of a power forward but scores from the perimeter like a wing. He can give you a bucket in a variety of ways, more than comfortable creating for himself off the dribble to pull up for a jumper or get all the way to the rim.

I’m a bit surprised Foster isn’t receiving more first-round consideration, especially given his development on the defensive end. Offense has always been his strong suit, but he has proved his potential to be a small-ball five at the next level, leading the Ignite in rebounds and blocks on the season.

You could make the case that no Ignite prospect has increased their draft stock more than Beauchamp.

The 6-foot-7 wing was known as a capable scorer, but more so a versatile defender and aggressive rebounder, with his reported 7-foot wingspan giving him quite an advantage in both of those areas. With the Ignite, he’s developed his scoring skills significantly, getting much more comfortable as a shooter and driver, using his athleticism to his advantage to finish at and above the rim.

And when he gets out on the break… look out.

He has scored 14 or more points in six of his 10 games, including a pair of games where he went for over 25, really breaking out of his shell on offense. He’s becoming much more than just an energetic finisher off of rebounds, cuts or lobs and that bodes well for his future in the NBA.

Add that to his ability to defend multiple positions and Beauchamp may start seeing first-round consideration.

Also worth noting: Scoot Henderson, a 6-foot-3, 180-pound guard, has also been competing for the Ignite this season, but because he left high school a year early and is only 17 years old, he is not eligible for the 2022 NBA Draft.

The young prospect is averaging 14.1 points, 5.3 rebounds, 3.9 assists and 1.7 steals per game. He had a few breakout moments during this Ignite season, scoring 31, 22 and 27 points in three consecutive games. He will surely be a name to know when the 2023 NBA Draft rolls around.

How to watch G League Ignite at the Showcase Cup