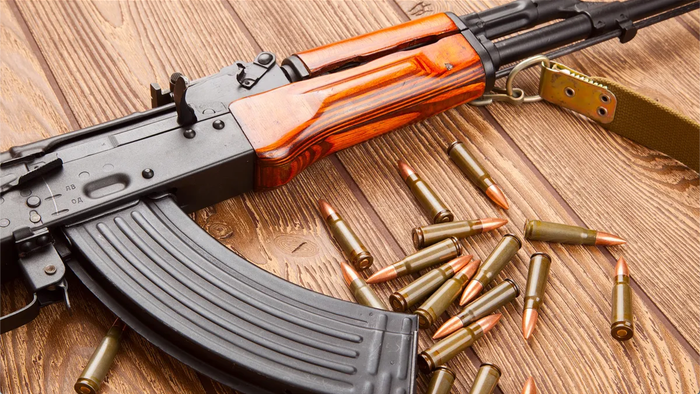 If you haven’t heard yet, Firearms Policy Coalition has filed what may be one of the most critical petitions for writ of certiorari for Marylanders and possibly gun owners in general in the case Bianchi v. Frosh.

The case itself centers around the Maryland “Assault Weapons Ban” (AWB), also known as SB281 or the Firearms Safety Act of 2013.

But before we dive into the law itself, let’s look at the question being proposed to the Supreme Court in this writ of certiorari. The question presented is: “Whether the Constitution allows the government to prohibit law-abiding, responsible citizens from protecting themselves, their families, and their homes with a type of “Arms” that are in common use for lawful purposes?”

The way this question is asked, we can see that if decided in favor of gun owners, the overturning of the Maryland AWB would be an unprecedented victory for gun owners nationwide. A Repudiation of assault weapon bans would free states like California, Massachusetts, New York, and New Jersey from their tyrannical state governments who’ve imposed their versions of this “Assault Weapon Ban.” FPC’s Adam Kraut affirmed that position saying, “This case presents the Court with an ideal vehicle to both address the scope of protected arms and constitutionally infirm analysis applied by these recalcitrant lower courts.”

The petition correctly describes the term “Assault Weapons” as a “pejorative and inaccurate label for a category of common semi-automatic firearms.” Then quoting directly from Heller goes on to describe those same firearms as “in common use” and “typically possessed by law-abiding citizens for lawful purposes.”

Maryland’s AWB is an assortment of inconsistent rules and regulations thought up by bureaucrats in Annapolis who have little understanding of firearms they seek to regulate. A few examples of inconsistencies: AK pattern rifle chambered in 7.62×39? Banned. AK pattern rifle chambered in 5.45×39? Good to go. AK Pistol in 7.62×39? Good to go. The only difference between the banned rifle and pistol? The stock.

It also bans the AR15 and other “Scary” looking rifles but allows AR15s that conform to a Heavy Barrel Profile, or HBAR. It also allows for rifles that are functionally identical to the AR15, like the Ruger Mini 14.

Ultimately, we won’t know if the Supreme Court will hear the case until sometime in 2022, as The Supreme Court will hear it in their 2022 session. But the chances are good for the Court to take this case up. Many of the Justices have signaled that they’re ready to hear 2nd Amendment cases. If the recent NYSRPA v. Bruen is any indication, we will likely see them tackle more gun rights issues that have far-reaching implications.

Also, the makeup of the Court has changed in recent years. With the addition of Amy Comey Barrett replacing Ruth Bader Ginsburg, the Court has a solid conservative majority. As lower court judges, Justice Barrett and Justice Kavanaugh signaled they think courts need to rethink the framework used to often measure how gun regulations are evaluated. This framework is known as “Intermediate Scrutiny.”

When intermediate scrutiny is applied, a law has more of a chance to survive legal challenges because the government must prove only that it is “substantially related to an important government interest.”

This intermediate scrutiny clause is what has kept not only the Maryland Assault Weapon ban in place but many other AWBs nationwide. If the Justices are looking for a case that has far-reaching consequences for the 2nd Amendment and the process by which states uphold these unconstitutional laws, they need look no further than Bianchi v. Frost.

This is why I posed the question: “Is this the beginning of the end for gun control?”

In our coverage of gun control issues over the past year, we’ve seen a clear pathway that the anti-gun lobby is taking. Using the NFA, 1968 GCA, FOPA, and other gun control laws on the books, they’ve managed to ban Bump Stocks and inch closer and closer to regulating semi-automatic firearms under the NFA or outright ban them. This Case, Bianchi v. Frost, would put a significant roadblock in front of that.